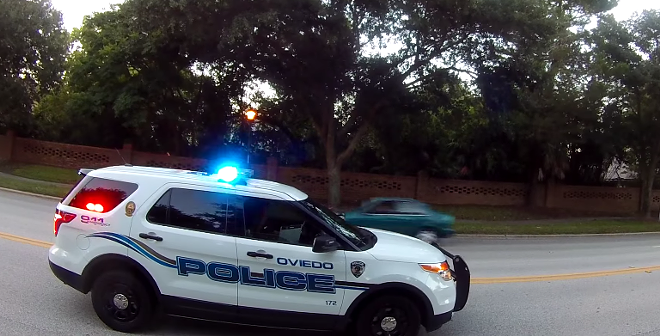 Photo via YouTube
A Central Florida man spent 90 days in jail because the Oviedo Police Department couldn't tell the difference between drywall and cocaine.

Back in March, Oviedo resident Karlos Cashe, who works as a handyman, was pulled over for driving with his headlights off. After an officer saw white powder on the seat and floor of his car, the situation escalated – even though Cashe told the officer multiple times that it was drywall.

At the time, Cashe was on probation for marijuana and cocaine charges from 2015, and so he was handcuffed because he was out past his court-ordered curfew, WFTV reports.

An Oviedo Police Department sergeant tested the drywall and it came back positive for illegal substances, which then got him sent to the Seminole County Jail.

A few hours after the incident, police realized the system wasn't updated, and he wasn't out past his curfew. And almost three months later, lab tests showed that the illegal substances that had been retrieved from the scene were not, in fact, illegal substances at all.

"I sat there 90 days knowing I was innocent," Cashe told WFTV.

This isn't even the first time that Oviedo police seemed to have trouble identifying violations. In August of last year, an Oviedo cop tried to pull over a bicyclist for riding in the street, which is actually completely legal.