Send a News Tip
This week a fleet of "Mutation Response Vehicles" was spotted near Orlando and, of course, conspiracy theorists assumed the absolute worst.

On Monday, August 15, Facebook user Joe Amos posted photos of large ominous trucks with the label "Mutation Response Vehicle" (MRV) on the side.

The trucks were spotted near Longwood, Florida.
Not long after, paranoid conspiracy theorists on Reddit noticed the post and just lost their damn minds...

The photos even inspired a pretty fantastic video (below) from the "Freedom Fighter Times," where the host reminds sheeple that these trucks could simply be a movie prop, or, "If you guys remember, there's a government plan for the zombie apocalypse."
He then goes on to speculate that the trucks could have something to do with the FSU student who was caught eating a man's face, actual human mutations, and of course, Zika.

However, the party was over on August 17, when Snopes, a website dedicated to solving Internet mysteries, jumped in and pointed out the unsexy truth: The MRVs were created for the Burning Man festival by a group called the Pathogen Trackers and "have nothing to do with any potential disease outbreaks or public health agencies.

Sorry, guys. The truth is out there, and it's on its way to Burning Man. 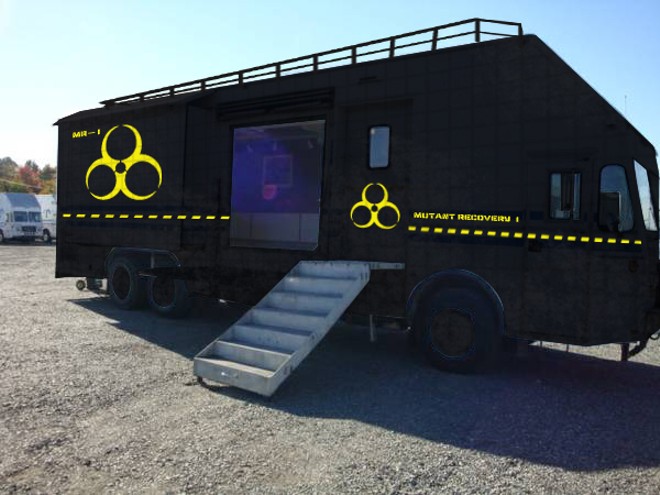