358 people have been shot and killed in Orlando since 2014 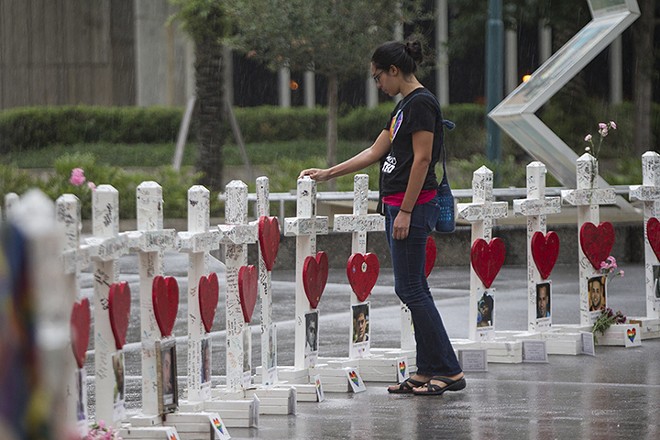 Photo via Orange County Government
In the past five years, 358 people have been shot and killed in Orlando, according to an analysis from The Trace.

A new map created by the nonprofit journalism organization tracks fatal and non-fatal shootings in the U.S. from Jan. 1, 2014 through Dec. 13, 2018, using data from the Gun Violence Archive. The map excludes individual suicides committed with firearms (which make up the majority of deaths associated with guns), but nonetheless paints a stark picture of what  150,000 incidents of gun violence looks like at the local level.

The map shows there have been at least 710 shootings in Orlando since 2014, leaving 358 dead and 687 people injured. While most of the shootings seemed to be happening west of Interstate 4 in 2014, data from 2018 shows incidents are slightly more dispersed throughout the city. 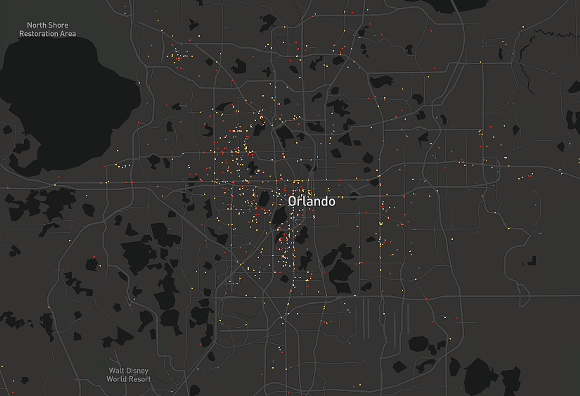 Graphic via The Trace
Within Orlando and Orange County, there have been 19 mass shootings in five years, including the 49 people murdered by a gunman at the gay nightclub Pulse in 2016.

The Gun Violence Archive, which collects reports of shootings from police, local media and other public resources, defines a mass shooting as "four or more shot and/or killed in a single event [incident], at the same general time and location, not including the shooter."

Compared to other major cities in Florida, Orlando was on the higher end of the spectrum in terms of people killed, despite being smaller than some in terms of population (about 280,257 residents, according to 2017 estimates from the U.S. Census). For example:

Jacksonville, which has an estimated population of 892,062 residents, has had a whopping 1,381 shootings recorded shootings since 2014. In those shootings, 471 people were killed and 1,243 people were injured.

Florida, whose lax guns laws have been criticized for providing easy access to weapons, has had at least 8,811 shootings in the past five years, according to The Trace. Since 2014, 4,176 people were killed using guns and 7,473 people were injured.

The map also allows users to type in an address and see the amount of shootings that have happened since 2014 within a 1 mile radius.