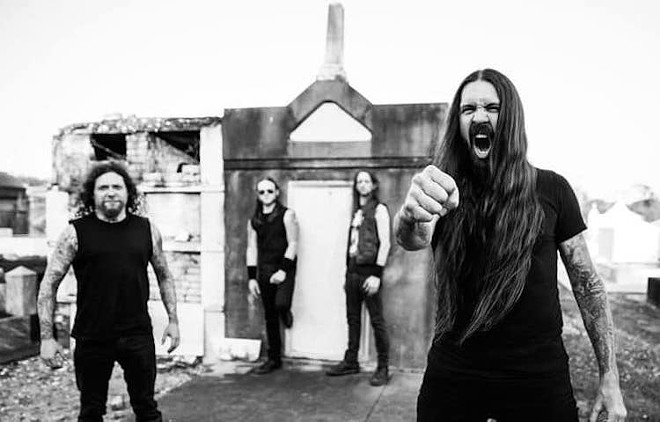 Photo courtesy Goatwhore/Facebook
Goatwhore are sure to give Conduit a baptism of fire.

Conduit is a joint venture from Pete Olen of Endoxa Booking, Will Walker of Will's Pub and Jerry Dufrain from the new-look Orpheum in Tampa. The triad purchased metal haven The Haven on Aloma and have been hard at work on changes to the space for the past few weeks.

And on Friday, we'll see the end results as Conduit hosts three shows over the course of the weekend.

First up on Friday night is night of deathcore and doomy heaviness featuring Brojob, Slackjaw and Sever the Memories. On Saturday, there will be a night of loud local sounds with Orchestra in Black and Divided Truth in the spotlight.

Then on Sunday comes the real moment of truth with a grisly metal bill featuring Goatwhore, Caveman Cult, Heraklieon and Intoxicated — well and truly putting the venue through its paces. This will be a makeup gig for Goatwhore after they had to pull out of a show with Incantation back in August, so they'll no doubt be wanting to make up for lost time.

And there will be no resting on laurels for the venue staff, as there's already a show with Sepultura offshoot Soulfly on the books for early February.