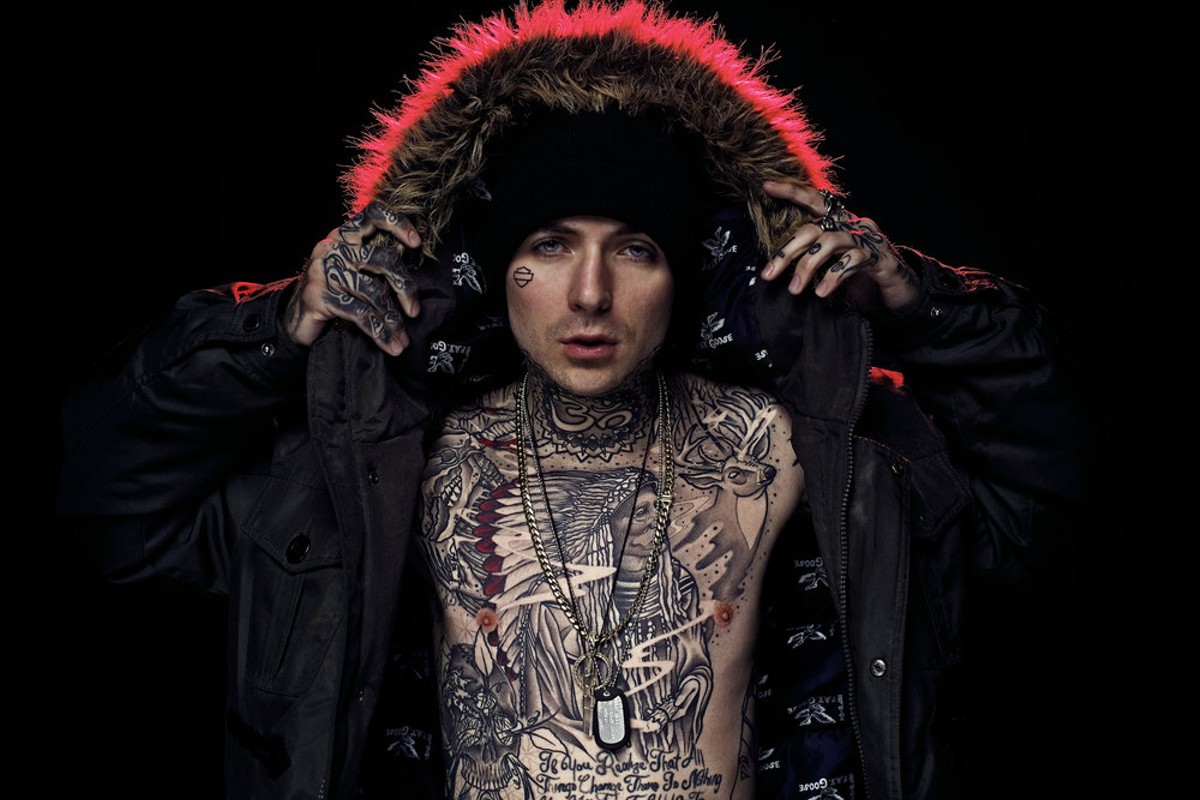 Caskey's Black Sheep mixtape forces you to turn the bass in your car as loud as it can go. It's straight unadulterated heat. You might be taken aback on first listen. That might be the point.

Caskey offers no apologies for what's housed in his tape's 11 tracks. Whereas the Orlando-area rapper used to question his place in the world with contemplative verses on No Complaints, Black Sheep is his in-your-face statement tape, his aggressive stake in hip-hop.

The 22-year-old rapper from Oviedo first blipped on our radar when his video "Keep It on the Low" made it to BET's 106 & Park. His sound caught the attention of DJ Nasty, who sought out his No Complaints mixtape and, ultimately, passed the music along to Cash Money CEO Birdman. The mogul was impressed, and by the end of 2012, Brandon Caskey was officially a member of Cash Money Records, a label that at the time was closely aligned with some of the biggest names in hip-hop. YMCMB (aka Young Money), a label that was originally a subsidiary of Cash Money, currently boasts heavy contenders Lil Wayne, Nicki Minaj and Drake on its roster.

Now with more than two years gone and an increasingly nasty legal battle brewing between Young Money and Cash Money, we wanted to check on our hometown hero and see what the future holds.

The good news is Caskey's contract is unaffected by the spat. He credits his work ethic with keeping him focused despite the drama. "I've been keeping to myself and just focusing on the music," Caskey says. "I just figure if I work harder than everyone else, then those changes will affect me positively."

His hard work is evident with a quick visit to his website, BakingWithCaskey.com. Since we spoke to him last, a whopping 20 music videos have been released through his site (find all of them on YouTube at Caskey407), and he's released two more mixtapes: The Transient Classics in 2013, and Black Sheep, which dropped last November.

When he's not in the studio recording over bass-driven tracks like Black Sheep single "Tats on My Neck," he's doing shows all over the country. Shortly after wrapping the White Clouds Tour with Bay area emcee Lil Debbie in December, Caskey went back to work almost immediately and is currently doing a round of appearances in Las Vegas and Ohio before returning to Orlando for his hometown show this week at Venue 578.

And yes, Lil Debbie has just as much swag as you think. The pair linked up through their mutual booking agent after she performed at Backbooth last year. According to Caskey, they clicked almost immediately. "Lil Debbie is awesome people," Caskey says. "Totally down to earth. I went and kicked it with her, and we hit it off and set up a tour."

For Caskey, the major gain from the 19-stop tour (besides copious amounts of ganja) was knowledge. "The best part of any tour is the new experiences," he says. "You see new places all the time, you meet new people, and every city has completely different things to offer. Expanding your worldview. That's the best part."

In spite of his almost nonstop show schedule, Caskey still makes sure to keep himself plugged into the local hip-hop scene. Photos of him and Niko Is, another local artist on the rise, hanging at a music video shoot recently surfaced on Facebook. Caskey says he's excited about the evolution of the local music scene and predicts lots of good things to come. "For a while, I feel like there was this stigma that no one good could come out of Orlando, and I think everyone is starting to realize that's BS."

So what's next for Caskey?