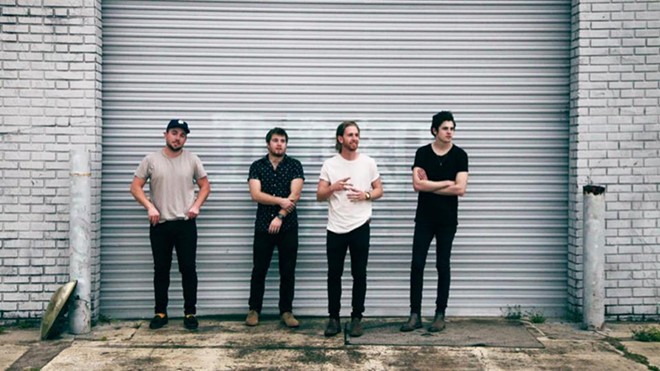 Image via artist Facebook
Tampa's Western Sons - no stranger to Orlando stages - are poised to play Orlando again this Saturday at the Social, and shared their brand new video for "Nothing New" with us.

Guitarist Blake Rigdon had this to say about "Nothing New": "I think 'Nothing New' ended up being one of the most personal songs on the record for all of us. The song itself is kind of a coming to terms with someone else's vices - and I think that's something most people have to do at some point in their life. When we went to make the video for 'Nothing New,' we knew we wanted it to be honest and have it show what we do when were just hanging out as friends. That's why we ended up filming the music video on a road trip to Savannah, GA and Charleston, SC."

Western Sons play the Social on at 8 p.m. this Saturday with SunGhosts, the States and Whales. Ringdon promises "an awesome night of local Florida music."