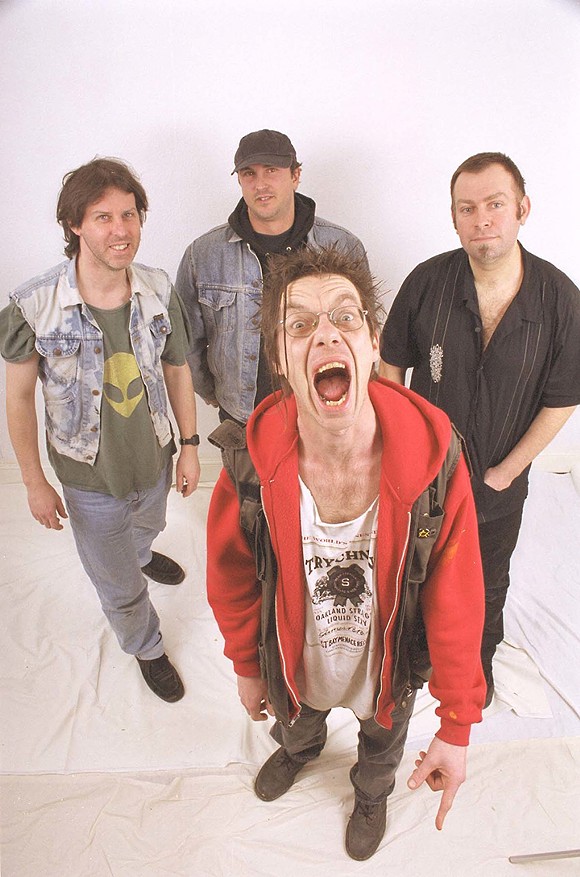 As the 1980s dawned, and most of the first-wave British punk bands were safely ensconced on major labels, punk renewed itself as a working-class phenomenon in the form of a radical, communal, art and music collective known as Crass, and immediately bands started springing up in their fiery wake. This was a more radicalized “anarcho-punk.” Hailing from Wiltshire, the Subhumans were an especially notable entrant to the scene – a combustibly outraged outfit that dealt in young, loud and snotty but also was enlightened in their focus on the collapsing social order. Where the Sex Pistols had simply screamed “No future for you,” Subhumans screamed back “Why?” and “We’ll find a new way!” They cut a number of impressive EPs and singles before delivering their magnum opus, The Day the Country Died. And decades later it’s still like a blow to the head; all catchy, grimy velocity and incisive outrage with just the right hint of collective optimism. Subhumans walked it like they talked it, living collectively, releasing their records themselves, and playing scores of benefit shows for causes and comrades. The band broke up for a time in 1985, but unlike many of their contemporaries, the Subhumans were lucky (cursed?) enough to survive and endure, reuniting to tour and record for Fat Wreck Chords, careening from the late 20th century into a 2017 that we can imagine must seem like wearily familiar territory.