Usher brings his UR Experience to Amway 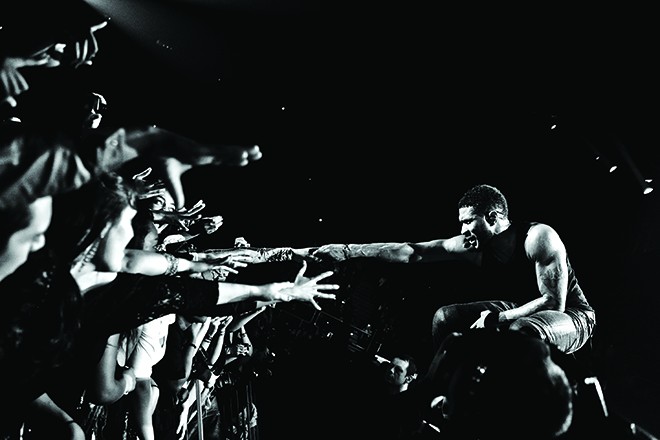 USHER PHOTO COURTESY OF RCA RECORDS
Usher’s Orlando stop on his stage-hopping concert tour comes hot on the tail of his Voice win and an F-bomb-laden version of “She Came to Give It to You” with a thankfully-absent-on-this-tour Nicki Minaj at the MTV Video Music Awards. That performance may have gotten him lots of clicks on YouTube, but it didn’t help speed up his upcoming eighth album, which is apparently indefinitely delayed. But who cares? We’ll still be hearing hits from the singer-dancer’s 20-year career (he’s only 36), like 2004’s “Yeah” and maybe even a blast from our teen dance past like 1997’s “You Make Me Wanna.” He clearly records songs he wants to dance to, so we dare you not to go and get “Caught Up” in what he’s serving.