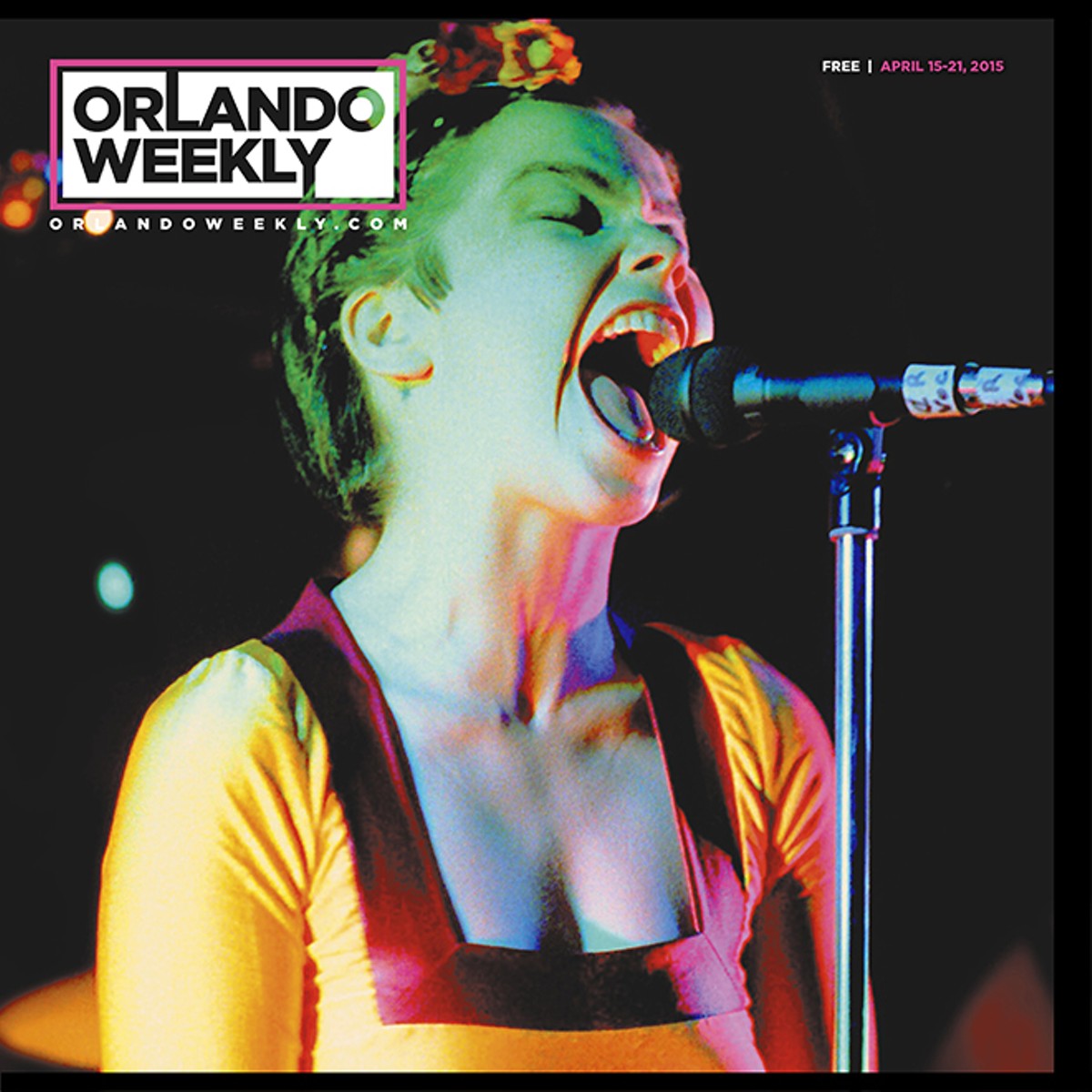 In the front row, sweat-soaked victims braced themselves against stage-diving kicks to the face that caused noses and gums to gush. On stage, the Red Hot Chili Peppers tore shirtless through songs off recently released The Uplift Mofo Party Plan. It was 1987, Flea had maybe one tattoo, Hillel Slovak was still alive and Orlando photographer Jim Leatherman drove six hours to plant himself in this seedy part of Atlanta to watch the Chili Peppers' bloody blossom. From the second story of the venue where Leatherman perched, his shutter snapped an overhead perspective of an intense shared experience – a memory that three years later, when the Chili Peppers played Visage Nightclub in Orlando, brought singer Anthony Kiedis to tears when Leatherman showed up with the photos.

Leatherman approached the rock star and shyly gifted him the photos, planning to simply pass them on and then back off. (Note that while his camera intrudes fearlessly to catch intimate moments during pivotal performances, Leatherman's social demeanor is humbly unobtrusive.) Instead, Kiedis barked for him to come closer, and the pair sat for nearly half an hour while Kiedis went through the photos and reflected on his friendship with original Chili Peppers guitarist Slovak, who had died between the Atlanta show and the Orlando date. According to Leatherman, Kiedis cried off and on during the exchange.

"At the time, Mother's Milk had just come out, so [Red Hot Chili Peppers] were starting to get really big," Leatherman says. "I just thought he would be this kind of weird, scary party dude that really wouldn't give me the time of day, and he turned out to be the sweetest, most emotional guy that I'll never forget. It was cool, and just to have somebody appreciate my pictures was even more cool."

Leatherman worked at a photo lab at the time in the late '80s, his first job out of high school. There, he submerged himself, absorbing the techniques and printing the portraits and live concert shots that eventually reflected influential bands in magazines (Spin, Magnet, Vanity Fair), and autobiographies (including the cover of Late Century Dream: Movements in the U.S. Indie Music Underground), although his work is frequently uncredited. It was that dark room that initially seduced Leatherman's interest. The process of printing satisfied a creative urge that eventually transferred over to photography in a meaningful way and pushed Leatherman to chase exciting bands like Sonic Youth, R.E.M., the Sugarcubes and many more around Florida and wherever the music took him over the past 30 years. 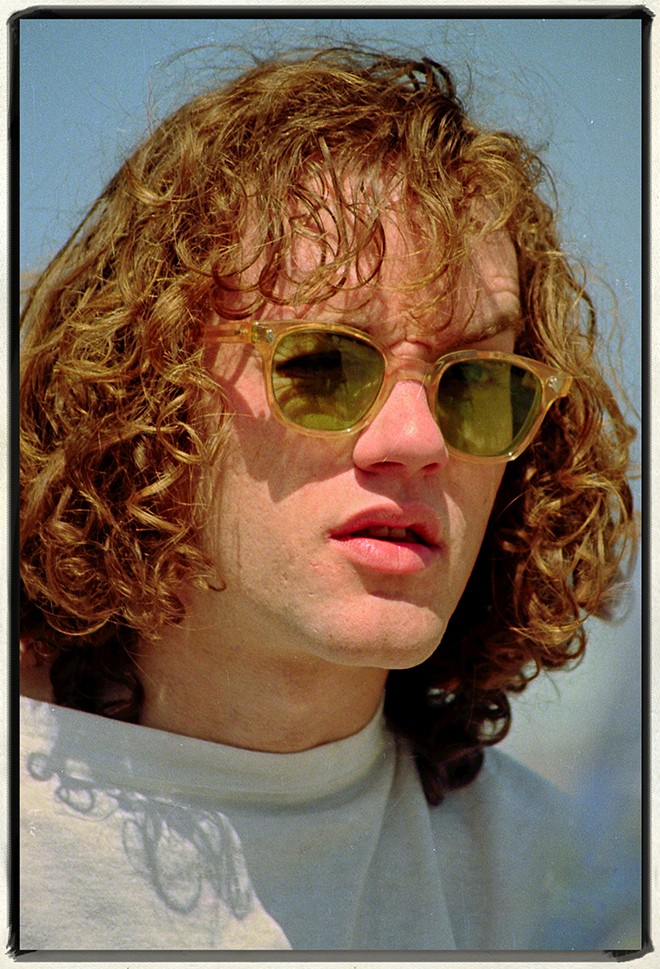 "Moneywise it was terrible, but I got to print all my stuff for free and got great discounts on film," Leatherman says. "It was perfect. It was exactly where I needed to be as a teenager at that time. It was basically a free education. And they were cool about if you don't show up because you're going to drive to Jacksonville to see a show tonight. It was a lot of flexibility."

His job for the next 12 years only fed his music gluttony, working at and eventually becoming a buyer for now-defunct local vinyl shop Murmur Records, which sent Leatherman to different cities to hand-pick store orders and kept him engaged by current music throughout the '90s. At 25, he could've bought the shop when the original owner, Don Gilliland, decided to move overseas, but at the time, he didn't see himself sticking around Orlando. Instead, Murmur closed down and Leatherman took a job at Park Ave CDs, where he again worked immersed in music up until 2006, when marriage, family and life's practical demands shifted his priorities. He relegated processing film to his home darkroom, now as a hobby, and began processing home loans for Wells Fargo to pay the bills. "As a person who sees himself as a creative person, it's tough to be in a job that isn't creative at all," Leatherman says.

Now 30 years into his casual but consistent career as a music photographer, Leatherman says he thinks it might be time to fully commit. His most striking photos taken between 1984 and 2014 (many of which have existed exclusively in a drawer at his home and have never been seen) will be on display at CityArts Factory for a monthlong exhibit. Among these are photos he shot of Björk back in her Sugarcubes days when the band was booked for a two-day engagement for Daytona's spring break in 1990. Leatherman wasn't there for Björk, though. He had a crush on Tracy Cattell, singer for the Primitives, the opening band. Predictably, he left the show enchanted by the unavoidable force of the now legendary artist who headlined that show.

"The first night they played where that picture was taken is at the Daytona Beach Marriott ballroom," Leatherman says. "It was this weird convention center-like ballroom that they just set a stage up in. There were maybe 200 to 300 people there at the most. We walked right up front and stayed there all night in awe of Björk." 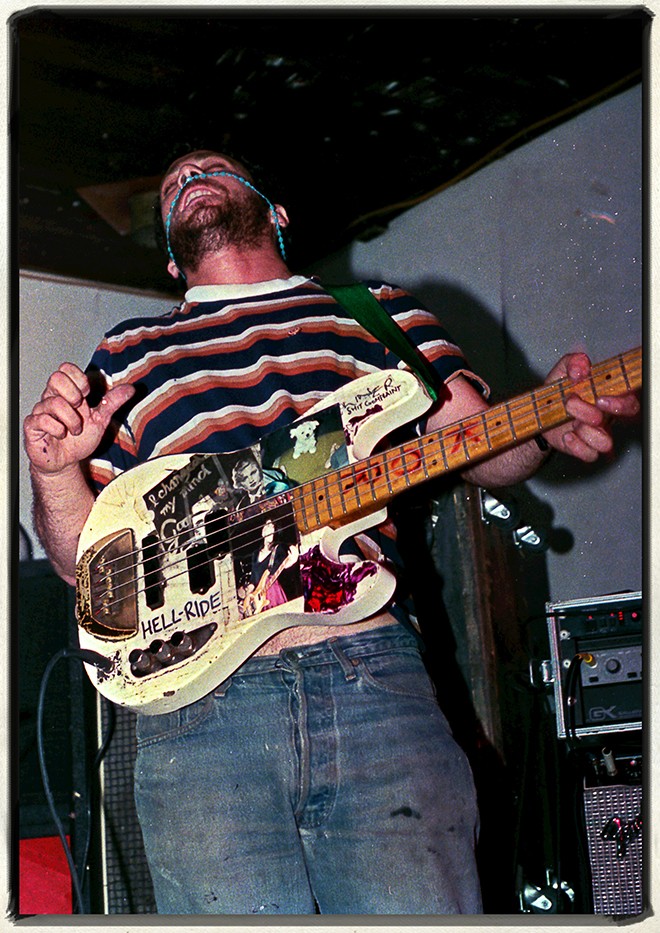 Sometimes Leatherman would have to sneak his camera in, especially after venues started tightening up in the '90s, but mostly, he got so close to burgeoning bands because he's a likable guy who played in well-regarded bands like Braille Closet and the Four Shames, and he supports the local scene by sharing his talents without any expectation of celebration. The special bonus is that should Leatherman find you in his lens, it's likely you will like what he sees, because his discerning taste in music seems to translate to his innate ability to read his subjects and capture their natures authentically. His photos feel real and essential, compelling with a force similar to that which drives crowds to charge stages.

"I hope that my love of the music, and in certain instances the love of the people that I'm photographing, comes across in the picture," Leatherman says.

While his eye hasn't led him to see overwhelming riches from his photography, it has its own unique rewards. Most recently, Kim Gordon of Sonic Youth printed one of Leatherman's photos in her memoir, Girl in a Band, a portrait taken in Jacksonville in 1986 before a show at Einstein-a-Go-Go. The photo shoot came about when Leatherman arrived early to the venue and a friend introduced him to the band. Sonic Youth guitarist Lee Ranaldo bonded with Leatherman over a mutual love of photography, and Leatherman ventured a request to take photos before they performed. The band agreed.

He followed Sonic Youth that week to two cities, Gainesville and Jacksonville. One of the photos from the Gainesville show ended up in Larry Flynt's short-lived RIP magazine, so Leatherman's first official photography paycheck – for a scant $75 – is signed by the notorious Hustler tycoon. Another from the Jacksonville set made it into Gordon's personal collection and eventually into her book.

"Somewhere along the way, Lee must've shared those pictures with the rest of the members in the band and that's how it wound up in her book," Leatherman says. "And being a fan of Sonic Youth, that made it that much more special."

Ranaldo paid Leatherman for the photos in vinyl, sending signed copies of 12 (now quite valuable) records, including a first pressing of Sonic Youth's debut record and their first 45. So while photography hasn't always been a lucrative path, it's always managed to sound good enough to keep Leatherman shooting underground music stars and locally sown talents to this day.

"I've just always been a freak about music, so to combine the two passions together was what I always wish I could make a living out of," Leatherman says. "Now my free time is so scarce. But I think that it's time that I take photography completely seriously and tried to make a career out of it." 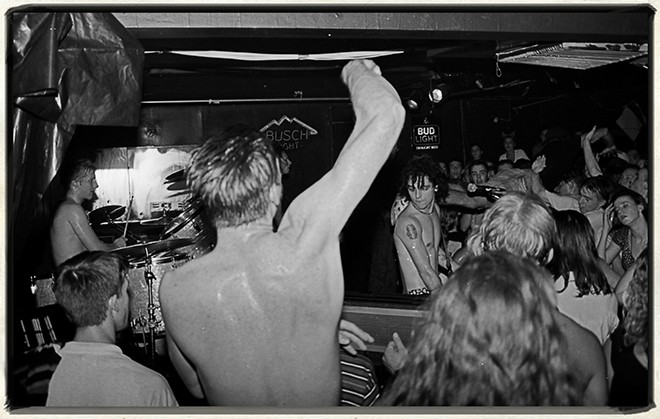