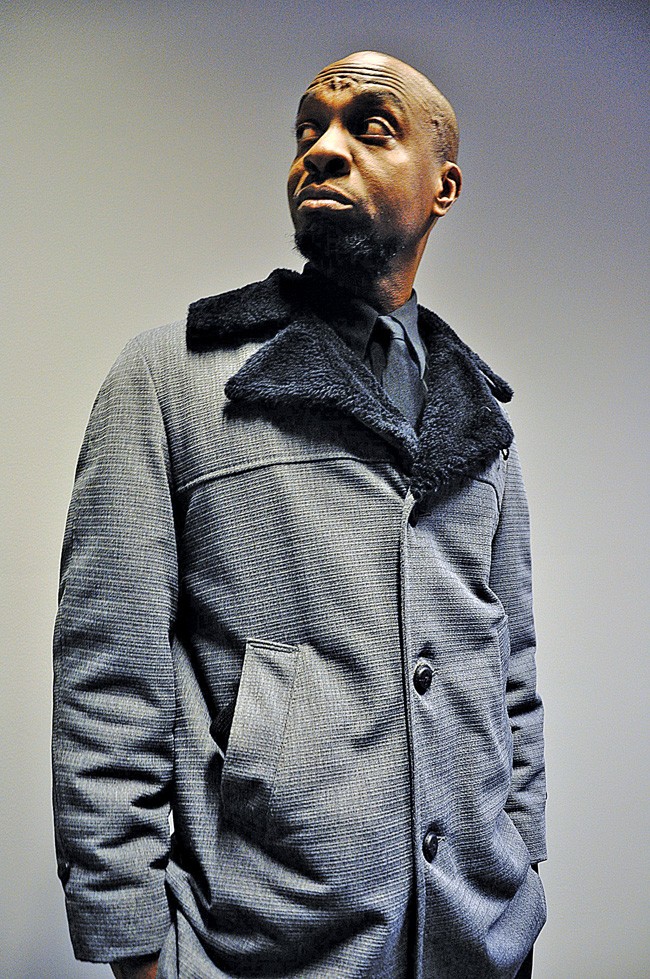 In 2005, Al Shepard stopped by the headquarters of Power 107.5 FM, a radio station in his hometown, Columbus, Ohio. Shepard had ties to hip-hop, and so did the station, but each had a vastly different idea of what makes the genre great. Traditionally, Shepard raps over self-made beats as Blueprint, keeping his work low on coolness and flash, and heavy on honesty. Slang doesn’t play into his verses much and he’s consistently willing to experiment with different moods and sounds in his beats. (He’s had albums issued by stately indie hip-hop label Rhymesayers.)

On the flip side, Power 107.5 FM’s tastes lean toward bombastic hooks and larger-than-life characters; a cursory look at the station’s recently played tracks turns up Beyoncé, Lil Wayne, Nicki Minaj, Wale and Drake. Around the time Blueprint’s 1988 was released, according to Shepard, the two entities butted heads.

Based on a connection between someone at the station and someone Shepard knew, the rapper was invited to the station to appear on an independent rap program that dedicated a 15-minute block to a local artist. One of the show’s hosts dug both Blueprint and Illogic (the two often collaborate under the name Greenhouse), whereas the other host, whom we’ll call “Tim,” only knew Blueprint by his name value within the local scene. “The guy who was actually the main host didn’t know who the hell we were,” Shepard recalls.

With Shepard in the studio, the Power guys listened to “Boombox” from 1988, expressing their discomfort with putting the song on the air as it didn’t fit the station’s format. Shepard then offered “Lo-Fi Funk,” a track that features better-known rapper Aesop Rock, but that didn’t work either; eventually, Tim settled on a third track. He then told Shepard that he was trying to protect him because people can be mean. (“Basically,” Shepard says, “‘Hey dude, you’re wack. People are going to hate this.’”) But once the song was played the station received calls, and listeners provided positive feedback. Shepard asked for an apology but never got one. Soon after the show aired, Shepard, Illogic and another local drew a huge crowd at the now-defunct Columbus venue Little Brother’s, resulting in “one of [the venue’s] biggest hip-hop shows ever.”

Shepard’s encounter with Power 107.5 FM inspired “Radio-Inactive” off 2011’s Adventures in Counter-Culture, his most recent full-length. The song is one of those anti-hater anthems – not exactly a new idea – but Shepard pours enough perspective into his words that the result sounds thrillingly raw and self-aware. “You want the fame and all the riches / Big-name model bitches / But you don’t wanna hustle twice as hard to try to get it,” he says, adding, “Man, I’m an artist / These other dudes shook / I write my album on my Sidekick, no paper, no notebooks / Then rhyme for five minutes straight with no breaks and no hooks / No punchlines, no similes, so I’m easy to overlook.” Shepard rides the thin line between cockiness and self-empowerment, reasserting his aura of non-humble humility. He’s an underdog that’s willing to take artistic risks, but he’s also deeply self-assured.

Shepard’s history of making hip-hop traces back to when he was a student at Wittenberg University in Springfield, Ohio, in the mid-1990s. Although the school was devoid of any real hip-hop scene, Shepard became interested in creating music at that time, leading to stabs at DJing, beat-making and rapping.

After college, Shepard moved to Cincinnati and kept a steady job in the I.T. department at the Kroger Co. supermarket chain. Around that time, he became seriously invested in the Columbus scene, establishing a label called Weightless Records and getting to know local movers and shakers. One of them was RJD2 (aka Ramble John Krohn), a beat producer who has since left Columbus and seen significant success (he’s the one behind the Mad Men theme). Krohn, who had teamed up with Shepard as Soul Position, was maintaining multiple jobs and going to school, but with the release of 2002’s Deadringer, he decided to do music full-time.

“He was like, ‘Yeah, man, I’m just gonna see what happens,’” Shepard says. “Just wrapping my brain around that [was] like, ‘What do you mean you’re going to see what happens? How are you going to pay your rent? Seeing what happens doesn’t pay bills.’” Still, Krohn’s move gave Shepard a bit of a push, too, so the rapper spent his vacation days touring and never returned to Kroger.

The warm, articulate Shepard is pragmatic about the life of a professional independent musician. “I’ve tried to make sure I wasn’t deeply, emotionally attached to music once I leave the studio. It’s great to be mostly attached when you’re creating something, but once it’s done, you have to look at things realistically – the scope of certain records, your career, the kind of pacing you need to have to stay active. I’m not an expert at [looking at things realistically], but I do believe having the discipline to write computer programs for years gave me patience that I needed to do this,” he says. “I do think that because I have a different background, I’m able to apply myself in different areas. There are some people who have never had a real job in their life [except] music. Some people have no experience with corporate America. Some people never had money until they started rapping or never ran a business or went to college. All these things contributed to me being here.”

At the same time, this commitment to openness eradicates some opportunities. Namely, if he ever wants to cast himself as a grand, iconic figure, he’s going to have a very difficult time painting over the docile details of his past. But Shepard aims to embrace those regularities in a way unlike, say, Rick Ross. Ross, whose image falls right into the larger-than-life mold, has long sold himself as a coke-dealing kingpin. In 2008, he was outed as actually having been a corrections officer – a truth that stands in complete contrast to his public rep. (Ross still hasn’t been keen to fess up to his past.) “Guys like Rick Ross, who greatly exaggerate their street experience, in one way hurt but, in another way, actually make people like me look better,” Shepard says with a laugh. “It’s like, ‘Well, shit, look at this guy just lying about his entire life, and then look at this guy Blueprint over here who’s just real candid and normal and he’s dope.’ You don’t have to lie to be an amazing artist, and that hopefully should be the moral of the story.” Later, he emphasizes that other rappers should embrace their own traits because working that way comes naturally and offers greater potential for their career’s longevity. Shepard adds one more perspective-affirming positive: “You need a lot less bodyguards when you do what I do than if you do what Rick Ross does.”