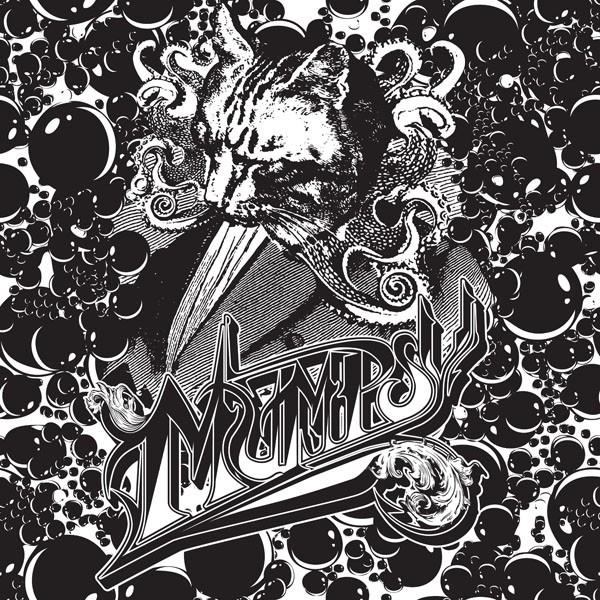 It’s been just over two years since Orlando indie-pop group Mumpsy released their last official album, Cat & Canary, but in Mumpsy years that’s virtually a generation. The group’s last couple of years have been an intense, on-the-cusp period that saw copious minor releases and waves of national touring, including a CMJ showcase and runs with Atlanta bands Gringo Star and Howlies. But all this hustle eventually exacts a toll, or at least shades perspective.

All that time spent on the road living in a van has brought economy to this album’s approach. Consciously avoiding extra sounds that couldn’t be replicated live by the permanent four-member unit, there’s less filigree in the instrumental fabric than in the past. Moreover, Fatelifter was created quickly, exchanging much of the floridness of Mumpsy’s ’60s-influenced sunshine for immediacy.

Their upbeat, romantic songs still remain moments of great clarity. Rolling like a brisk, golden breeze, the wonderfullyconcise “Power Me Up” blends youthful heart with oldies soul. The lush, symphonic “Lightning Bolts” is the album’s grandest capture of Mumpsy’s wide-eyed, vintage glory. And the catchiness of “Hola Hola” would be torturous if it weren’t so sweet.

Besides those songs, however, Fatelifter is a leaner-sounding affair whose often demure tone is a departure from Mumpsy’s typically fluorescent optimism, particularly in its middle section. Of the more no-nonsense songs, the best are the banjo-plucked plaintiveness of “Do You Dream in Color?” and the straightforward rockers “Long Long Time” and “Mention Her Name.”

Fatelifter’s most prominent aspect is that it sounds like a band at a crossroads, or at least at their most serious point of reflection yet. It’s the product of leader Jeff Ilgenfritz’s desire to christen and release these songs this year so that he can devote more time to other non-Mumpsy projects in 2011, so you should probably dance to them while you can.