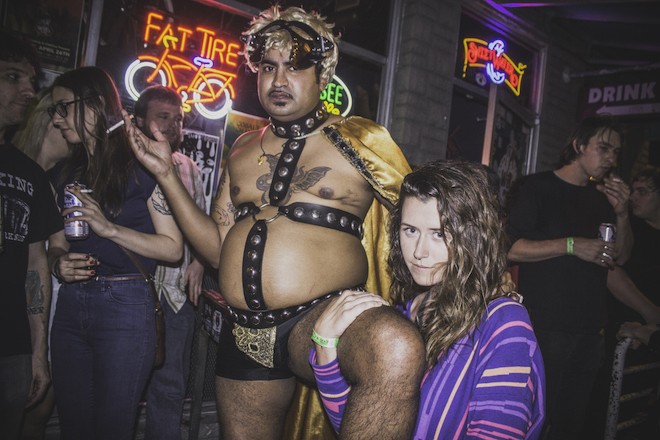 Christopher Garcia
King Khan at Will's Pub
It’s pretty nice to see the King Khan & BBQ Show (Mar. 23, Will’s Pub) on the comeback road with their first new album in six years (Bad News Boys). Unlike the big soul explosion of the Shrines, this two-piece project is one of the rawest but brightest dots in the sprawling King Khan galaxy. Though their savage rock & roll is good, it’s really meant to be experienced live – everything about them is. From their costumes – which make them look like screwy, perved-up superheroes in some sort of cracked universe – to their casually wild energy, it’s just a lurid spectacle whose full glory can only be tasted in person. They’re proof that with enough spirit and fucked sensibility, you can probably get away with murder. And murder is exactly what they did with a largely ramshackle set that not only worked but scorched. 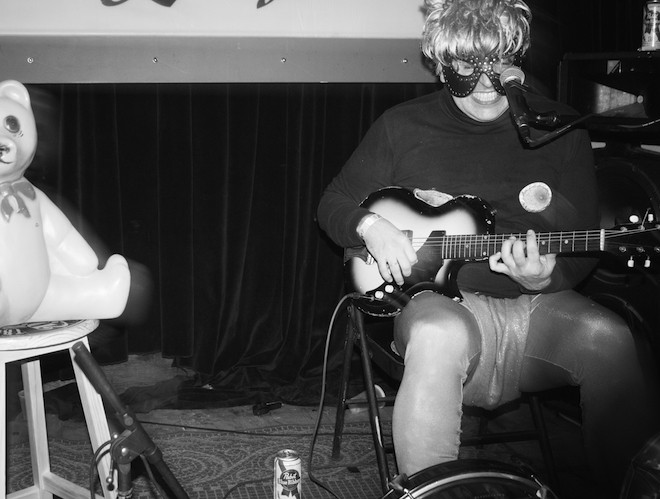 Christopher Garcia
The King Khan & BBQ Show at Will's Pub
Less overtly outlandish but very distinctive nonetheless was Montreal opener Milk Lines. They’re a new signing on exceptional garage-punk label In the Red but they’re no basic garage band, noble though that can be. They’re much, much more, and you really hear it, interestingly enough, when they reign in the energy and let their impressive mood and atmosphere take the wheel. Their intriguing, pulp-perfect cocktail of garage, psych and Western vibes is a deliciously strange trip that could be a punk channeling of Nancy Sinatra and Lee Hazlewood. They’re an original and very effective combination of forces and a band to keep a serious eye on. 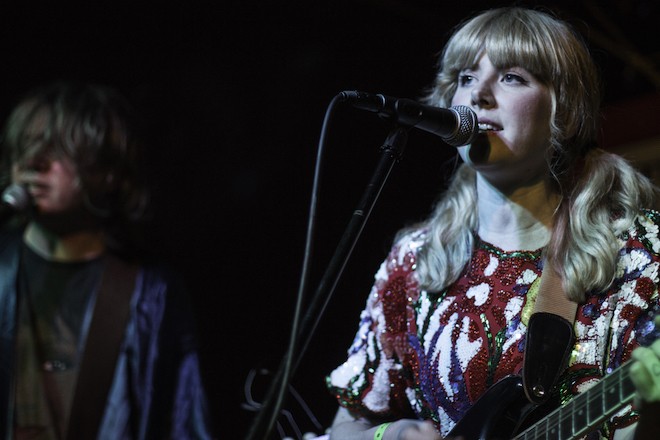 Christopher Garcia
Milk Lines at Will's Pub
Because local musician Nadeem Khan is basically King Khan’s adopted Orlando brother, local band the Wild Tones also played. Specializing in hot-blooded rockabilly with a primitive stomp, the trio has gotten a lot better since I last saw but thankfully not too much. That’s important because, first, it’s one of their intrinsic virtues and, second, there are few things as boring as spit-shined rockabilly. Now, Goldie La’May’s crude drumming style is functional enough to be a good foil to Joshua Ramsey’s gunslinging guitar flair instead of a distraction. The result is something that’s much more dialed-in and purposeful without sacrificing character and spark. It’s the best I’ve seen of them by far. And they dropped the only rockabilly cover of T. Rex I’ve ever heard.