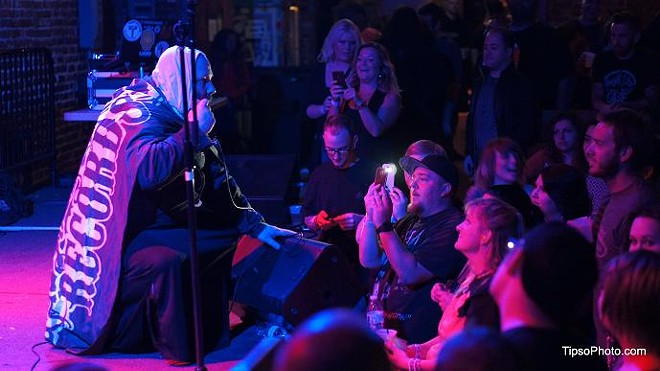 Michael Lothrop
Sage Francis at the Social
It’s always a little extra special when alt-rap icon Sage Francis comes to town. His talent and power of presence alone makes any return a welcome one, and the latest appearance (April 23, The Social) was a reaffirmation of his mastery as one of game’s most eminent thinkers and expressionists. With heat and conviction, he pushes the emotional and stylistic bounds of hip-hop while operating in full respect for the old-school craft of rap with a lock-tight, tongue-in-groove flow. Dude’s a master, the kind of force who owns every room he walks into. 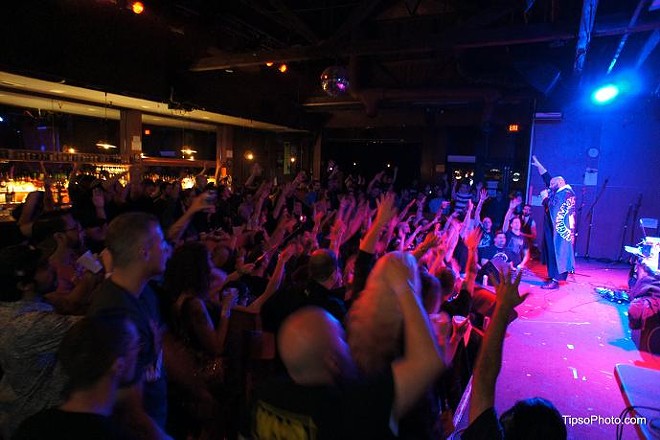 Michael Lothrop
Sage Francis at the Social
But even though he’s from Rhode Island, what makes it like a homecoming each time is the big, deep footprint he has in the Orlando heart as one of the modern era’s most significant benefactors of the city’s music culture. By introducing Solillaquists of Sound to the world in 2005, the guy did a real solid for Orlando’s music cred. Not saying that Solillaquists wouldn’t have broken out on their own – they are, after all, a triple threat of talent, fire and concept – but Francis ensured it. And the man deserves a lot of local credit for that. 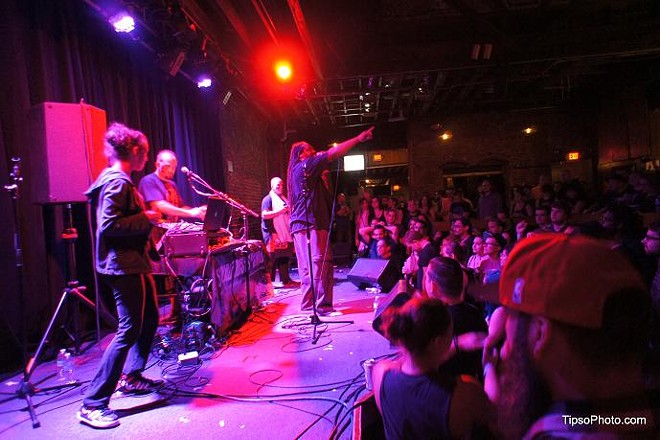 Michael Lothrop
Solillaquists of Sound at the Social
This show was the reunion of these two historically joined hip-hop forces and the vibe in the house was fittingly familial. Of course, that’s just how the Solillaquists roll anyway. But tonight was more. Between the telling of Francis-related stories, expressions of gratitude toward him and the crowd-soaring announcement that group members and real-life couple Divinci and Tonya Combs are expecting a child (congratulations, guys), big heart oxygenated the Solillaquists’ set. That’s some real hometown fam shit there. 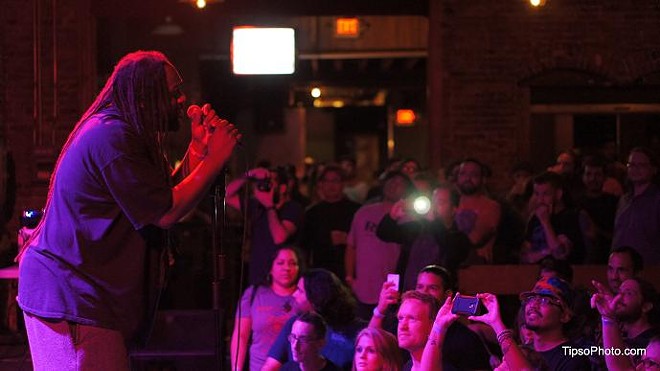 Michael Lothrop
Solillaquists of Sound at the Social
Of course, the Solillaquists brought the rapture. Just gander the finale when Swamburger went into the pit and sent it up like a match in a haystack:


But more than any of the actual performances, this event was something of a landmark that, more than other shows, surveyed the Solillaquists’ journey as a deeply Orlando story. As someone who’s documented and interviewed them from the early days, I’ve seen most of their voyage up close. But, really, my access to them wasn’t all that exclusive. Their hearts have always been a wide open door to all who would listen. Because of their interaction and how central the listener has always been in the design of their world, fans have had as much meaningful connection to the Solillaquists as I've had as a journalist.

So when Alexandra signed off with, “We’re Solillaquists of Sound and we’re from Orlando,” all I could think was, yeah, I like the ring of that. And I probably wasn’t the only one. 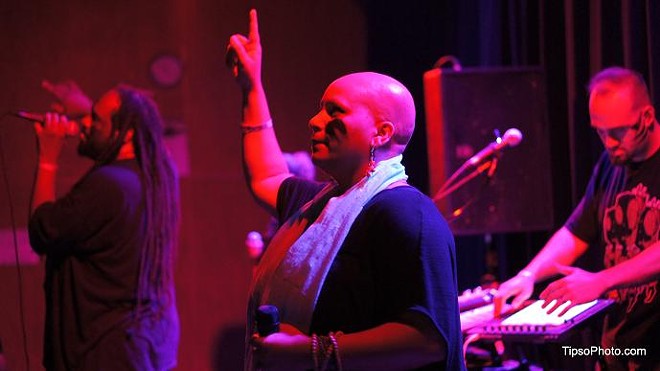