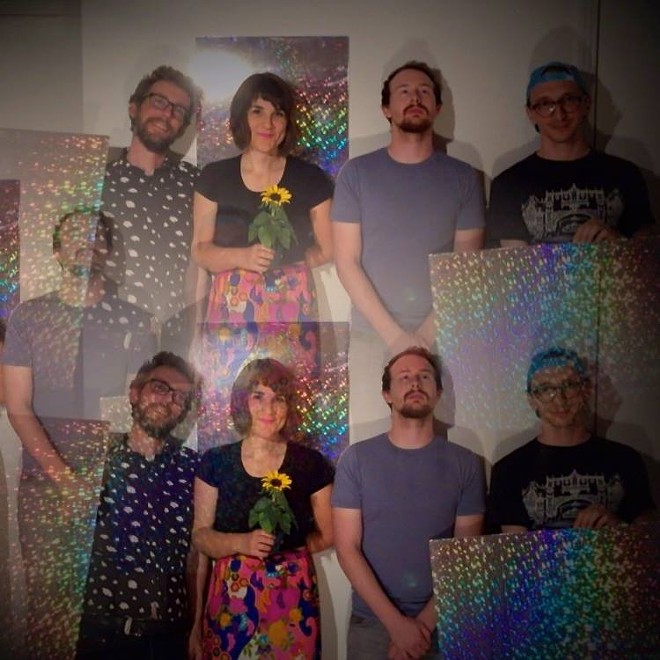 Moriah Russo
Moon Jelly
In the daring show spirit of the In-Between Series that’s sometimes even ventured beyond sound to include audiovisual performances, Orlando pop freaks Moon Jelly (Aug. 17, Gallery at Avalon Island) pushed the sensory envelope even further by creating an experience whose schema included diffraction glasses, which I half thought was a joke when I read it on the Facebook invite. 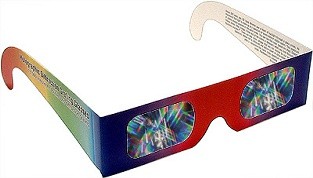 Not just for raves anymore
Like a real-life filter, the musical voyage was visually swathed in prismatic rays that wheeled with each cock of the head, an optical effect triggered through the specs by an overhead installation by Winter Calkins and singer Anna Wallace. Actually, the glasses played off any concentrated light sources, which are ample in an art gallery. This is how things looked to the self-conscious squares:

Ashley Belanger
Moon Jelly at the In-Between Series (Gallery at Avalon Island)
But this is how the band intended it to be experienced: 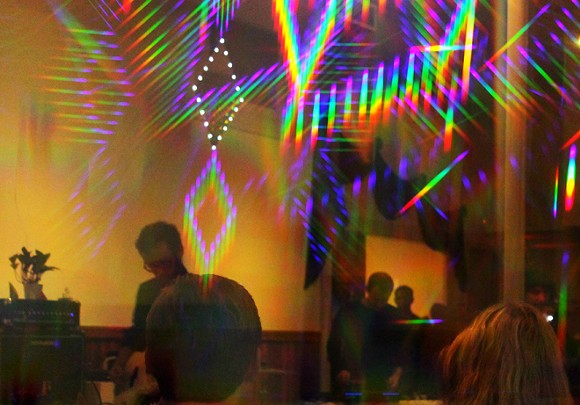 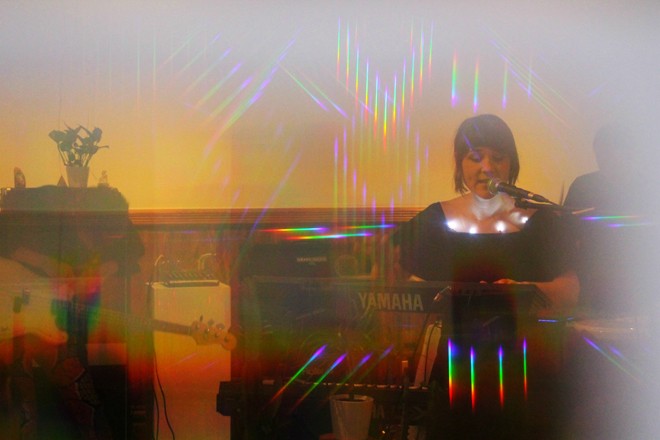 Wild, right? Shit, you should’ve seen what it looked like while I was staring at my phone screen trying to type this. It was all very retro psychedelic and supremely apropos to the city’s trippiest pop band. About that though, they’re not so pop any more.

Moon Jelly spent about a year back in the chrysalis and reemerged very different, shedding their childlike enchantment in favor of something much more psychotropically adult. With long, rushing sheets of guitar, their music now has more core, texture and gravity, making their rabbit hole much deeper and more focused. This event was maybe one of their most inventive presentations, but it was certainly their best, most serious musical face to date.

Ashley Belanger
Moon Jelly at the In-Between Series (Gallery at Avalon Island)
I’ve seen Moon Jelly do some interesting stuff – all they ever do is interesting, really – but this was their most mature and accomplished show yet. And, I’m happy to report, it was received with a standing-room-only crowd that afterwards erupted into a thunder of applause, hoots and hollers. Moon Jelly got a posse, y’all.

All this for an experimental act in a gallery. See, what did I tell you about this series? Something’s happening here. Keep up on the Facebook page or the website.