This Little Underground: Making up with the War on Drugs 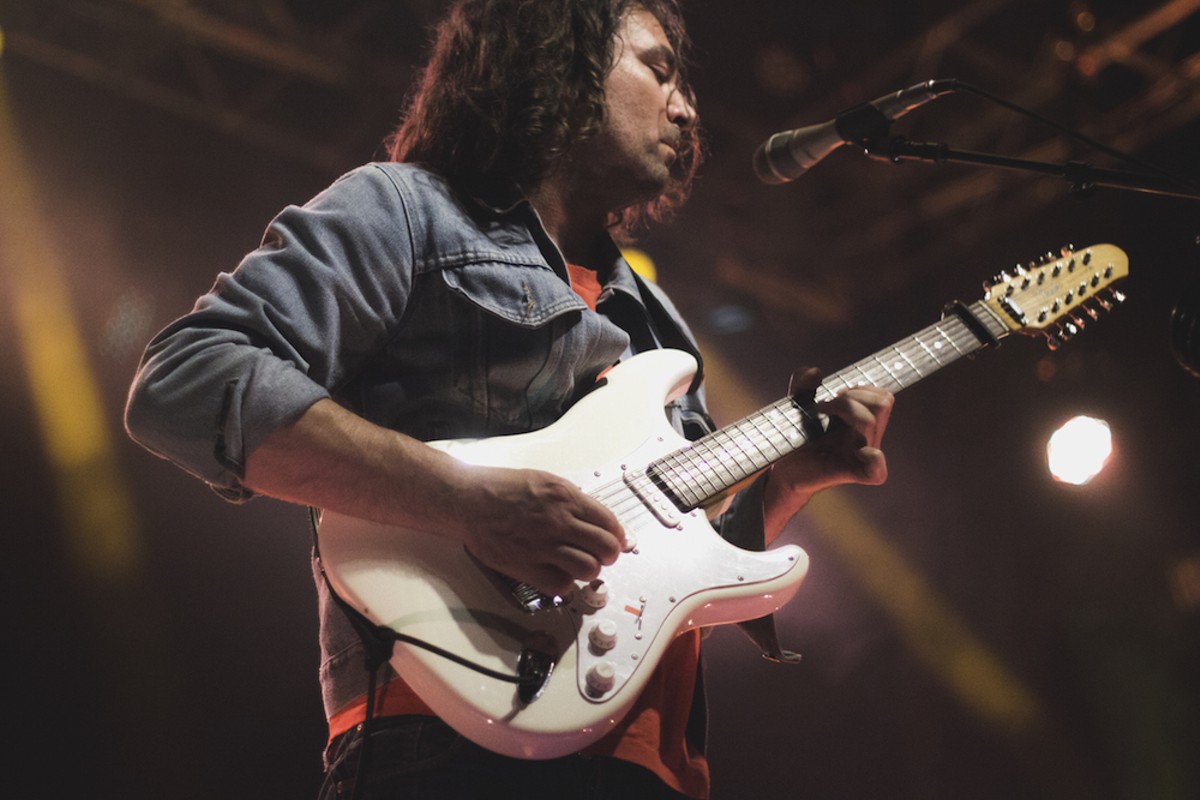 I'm an original fan of the War on Drugs. Having fallen hard for their debut LP, Wagonwheel Blues, back in 2008, I've been waiting an eternity for their Orlando debut (June 17, the Beacham). Thing is, I'm really only an unconditional fan of that first album. By the time they finally made it here, they had long become a very different band.

There have certainly been moments in their subsequent material that have kept my fandom current, but only a small fraction of it evokes the primordial idea of what the War on Drugs is to me. Considering their trajectory since, however, my perspective is probably like a lonely salmon swimming against the tide of their now-large fan base, forever fixed on the asterisk of their oeuvre.

I don't know what happened to that gorgeous early aesthetic, whose groan and flurry sounded like Dylan swooning in a gale of noise. It's not like Kurt Vile took that torch with him and carried it off. It just sort of evaporated into the ether like a beautiful, gauzy reverie, replaced in real life by soft-rock soundscaping. But live, it's clear Adam Granduciel and company haven't totally disowned those sonics, using some of that texture and girth to make the big room swim. In fact, that splendor was already conjured directly only two songs in with "Arms Like Boulders," the burning avatar of Wagonwheel Blues. Even most of the considerably more sedate songs would eventually crest impressively live.

Whether they were rendering their original fire or the dreamy nuance that's defined them since, the War on Drugs sounded great live. Atmospheric with enough focused peaks and swells to keep the experience vivid, their sonic profile was exceptionally measured and sculpted. Everything about them was, actually. Though this doesn't always make them scintillating, they were unquestionably refined, something approaching masterful.

It's probably time I updated my conception of the War on Drugs. The emotional cost of it may not be as steep as I blew it up to be, not when it's done this well. Even though they're not that raggedly majestic force that first swept me, the complete band with meticulous production and tasteful stage design that they've become isn't the worst consolation prize in the world. Just maybe chill on those boringly protracted space-outs a little, guys, and I think we can work it out.

If you aren't already familiar with War on Drugs opener the Everymen, you probably will be soon. They're the new poster children of Jersey rock soul rising from the underground and they've been road-dogging it hard in the last year or so. Some of you may have already been lucky enough to see them up close as a headliner last summer at Will's Pub (like we recommended).

Even if all their overt Jersey references don't signal their provenance to you, their sound certainly will. Blasting with the rough-cut American maximalism that Springsteen made famous, they're a full-gang rock & roll stampede pushed into overdrive with sax and Catherine Herrick's big belting voice. It's a punked-up overhaul of the bar band concept, cranking out anthems that are soaked, uncontained and glorious. Unlike the precision of the War on Drugs, volume and magnitude are what matter in the red-blooded, blue-collar world of the Everymen. And even though they were the warm-up, they came like a wrecking crew and uncorked their sprawling, soulful storm like they were closing down the bar.

Nobody works that classic Helmet chug better right now than Miami brute rockers Wrong (June 19, Backbooth). Shit, maybe they can come back this fall and show Helmet themselves how to be Helmet again (Sept. 26, the Social). In fact, Wrong is every bit as cocked and forceful as Helmet, just less uptight. In some books, that makes them superior.

Of the three-band Atlanta delegation sharing the bill that also included Waste Layer and Strategic War Heads, the star was Rapturous Grief, a marvelously furious duo that comes on like bombs with a dynamic sound that blends hardcore punch with trench-digging metal chops.