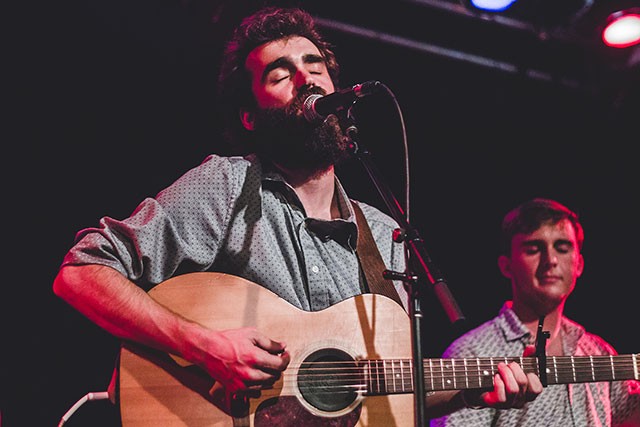 No story of Florida music is complete without a chapter on freestyle. Undersung by all but the devout, the Latin-dominated dance-pop genre is an essential link in the chain of Florida dance music, and back in the ’80s, it was huge.

Florida and New York enjoy deep cultural ties. Courtesy of the Latin connection, freestyle was one of the most direct and exclusive musical bonds between us, and it’s the first partly native music that captured me when I first moved to Orlando. I was but a boy then, so my initial exposure to freestyle was through the nighttime DJ mix shows on the radio and the kiddie house parties of my first Orlando friends. But I did get to see the scene up close at ground zero. While visiting Miami with my parents back then, my father’s college mate, who somehow had lots of scene juice, got me into a huge South Beach club (the same one that Prince would later own in the mid-’90s). The place was butts-to-nuts, and freestyle was fueling it all. And for a kid who shouldn’t have even been allowed in, it was a massive experience.

So, for me, the Freestyle Fest (May 30, House of Blues) was an imperative. After some earnest but thin performances early on by Johnny O. and Cynthia, the sharper, edgier Safire stepped up like a star with conviction, style and choreographed dancers.

But her aplomb would prove far better than even her presentation. Between songs, a handler came out onstage to affix her with a cape. She could’ve left it at that and no one would’ve thought anything amiss, but she promptly explained that it’s because she split her damn pants in performance, at which point one of her dancers turns around, bends over and shows everyone that he did the exact same thing himself. Shit got real and she handled it with extraordinary humanity and humor.

Safire gave the night liftoff, but headliner TKA really took it into the stratosphere with a full song-and-dance production. TKA is a group divided (Google it if you’re curious) and this was the K7-led version. I don’t know how the other guys look now, but, with shockingly little age and rust, K7 looked as freakishly fresh as the presumably younger cats flanking him. Together, they dazzled with big showmanship and tight, synchronized hip-hop moves. It was a performance that could stand tall even without the crutch of nostalgia.

So, in terms of old-school romanticism, you guys can have your ’90s R&B. I’ll stick to my freestyle

Besides performing, Steven Foxbury – whose recent show (May 29, Will’s Pub) I reviewed on Orlando Music News – also owns a recording studio (Yellow Couch Studio) and does some artist management. One of his protégés is Orlando’s Matthew Fowler, a singer-songwriter who came deluxe with a seven-piece band at his own downtown show (May 31, the Social). A blend of contemporary folk and pop-soul, Fowler’s aesthetic can be filed under “soft,” “sensitive” and various other words that make me shiver a little. While it’s the conventionally heartfelt kind of music you usually have to be either unseasoned or past prime to really get swept by, some of that perhaps can be forgiven by his age. The kid just departed his teens as of midnight at this show. Still, a deeper, more interesting record collection could make all the difference in his world because, while his voice and skills are exceptional, his taste is common. That said, Fowler’s natural talent is undeniable and he could have the stuff to go places.

But if you’re a little deeper into folk and Americana, opener Austin Miller is someone worth knowing. Rendered by a full band, his folk-rock shone with some authenticity and great stride. But perhaps Miller’s best triumph is that his effortlessly flowing songs don’t get bogged down in much of anything, especially try-too-hard purism or obliqueness. The result is a well-pitched sound that comes on with little to slow its roll and appeal. It’s hard not to like that. And that’s why it’s time for him to claim a rightful spot as one of the area’s best young folk acts.