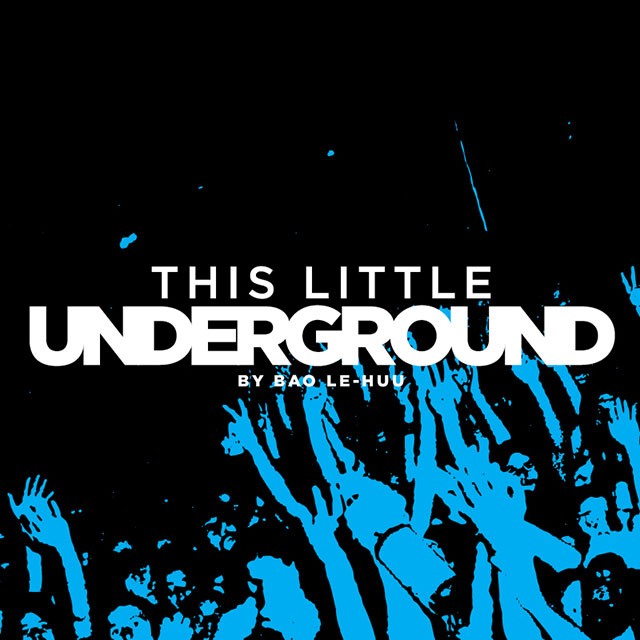 This past week was ruled by Dead Oceans, a record label that – along with its sister imprints Secretly Canadian and Jagjaguwar – is one of the finest American indies out there. Having the rare treat of two nights headlined by two different Dead Oceans artists practically assures a red-letter week already, but wait till you hear about the opening acts.

The first, and bigger, Dead Oceans name was the Tallest Man on Earth (June 11, the Beacham). Personally, I dig his stuff. But, damn, I had no idea he was so popular. Tons of people – young people, no less – came and paid to see a solo acoustic folkie play in stripped and unembellished fashion. That still happens? Evidently, good, simply presented music still has value. Color me impressed.

Live, he’s engaging and passionate, inhabiting a brighter, more verdant space between Dylan and M. Ward. Clearly, his music has taken deep root with a lot of people. And, truly, it’s worthy stuff. But from what I saw, the opener is the one to keep an eye on.

Fact is, the expanse and wholeness of Strand of Oaks – an act that’s been spending some creative time with indie luminary (and little-known flipper-outer) John Vanderslice – has a much bigger horizon. Now based in Philadelphia, the indie-folk band is a vehicle for Midwesterner Timothy Showalter, who was accompanied live by only a sole drummer. But for a duo, these guys managed lots of acreage and atmosphere. And most of that had to do with Showalter, whose affecting voice sounds something like Cold War Kids’ Nathan Willett sobered by the profound heartbreak of Jason Molina.

Instrumentally, there are miles of pastoral space and texture, but little that suggests boundary. Against that open backdrop, Showalter stretches the tendrils of his clear voice and winds his way in, deep in. There’s definitely something special about such crestfallen grandeur delivered in this bright a voice.

Taken together, it’s music that’s beckoning, evocative and tasteful. This is why you look up the opening acts on that there Internet and show up early.

The other Dead Oceans show was headlined by new Nashville band Night Beds (June 14, Will’s Pub). Opening was Los Angeles-based singer-songwriter Jenny O., who was on Chuck Ragan’s Revival Tour earlier this year, though not on the Orlando stop. Although there’s nothing especially unusual about her stripe of folk-pop, it’s immediately clear in person that she’s unlike a great majority of her solo acoustic peers. There’s nothing diffident or fragile about her singing or guitar work. Sure, her melodic sensibility is sweet, but her execution has the force of confidence and skill. While undeniably lovely, the triumph of her expression is in its power, not its prettiness.

Night Beds may be lower in profile than label-mate Tallest Man on Earth but they were significantly more furnished and filling. A rich, deluxe and warm full-band affair, they’re like Fleet Foxes dipped in deep, gorgeous twang. Their step is gentle and restrained, but their surprisingly large sonic scale made them an enveloping live experience. Technically, it was a combination of long, seamless swaths of lap guitar and drawling lullaby vocals spangled with sparkling notes. But it felt like gazing at the stars on your back to that point where you feel like you begin to fall upward into them, only drawn out to nearly an hour. Yeah, it was that nice.

The mysterious Moonmen From Mars made their debut this week opening up for G.G. Allin’s headless zombie corpse, the Murder Junkies (June 9, Will’s Pub). Not to totally demystify them or anything, but it’s the new darkly comedic punk project of local notable Jeff Ilgenfritz. Remember that Misfits phase he took Mumpsy through? Well, it’s a little like that, only with campy sci-fi and horror motifs and original material. Besides good range, the most impressive thing about their songs is how many of them are instant anthems. Oh, solid songs not good enough for you? Well, they also have visuals and wear silver body suits and masks that make them look somewhat like a band of Ultramen in varying degrees of physical fitness. They’re completely goofy, big on show and a ton of fun. You could say it was a bit of a sensation.