The path and potential of rising local musician Laney Jones 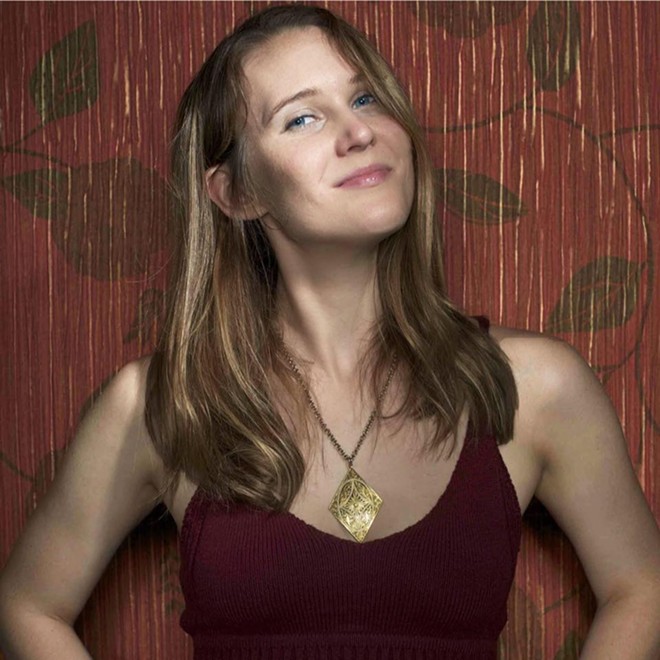 Darin Back
Laney Jones
Mt. Dora’s Laney Jones is one of those local music stories I love to see happen. Her album release party last night (Mar. 11, Will’s Pub) had a very different pulse than when she first arrived on the scene a few years ago. Back then, she was a fresh young face sweetening up old-time music. Though she was definitely worthy of note – just listen to that voice – I didn’t necessarily see much horizon for her. She was clearly good, but she was one of many, and almost all of them are niche or novelty. Breezy and charming though it was, that early stylistic corner was a box.

But, gradually at first and now very suddenly and resolutely with her latest self-titled album, she’s escaped it and found new viability and shelf life for her rocketing singing and songwriting talent. Now, she’s growing up by getting contemporary and crafting a more modern sound that gives her voice much fuller runway and latitude. As I detailed in my full feature story on her last week, Jones is now on a concerted campaign for something grander. Although not straight-up Top 40 – luckily she and her co-producer Matthew Tonner have too much taste for that – she is aiming for something decidedly more current. If you want to see the commercial potential she packs, just listen to the first single of the new album, “Allston.” It’s as prêt-à-porter of a pop song as it gets, and it’s irresistible. So, quite possibly, this is one legit local who could break big.

Darin Back
Laney Jones & the Spirits

Jones is fortunate. Although very young, she already has the rare luxury of racking up a résumé of certified musical credits and accomplishments – not to mention the artistic holy grail of making an actual living – while still developing her artistic point of view. But as much credit for that goes to her work ethic and self-application as it does just pure talent.

This new, sea-changing album, with its expanded outlook and very intentional self-titling, is the sound of a young songwriter just starting to really open up, using her cornerstone influences as springboards rather than goalposts. Where this all goes is still wonderfully open. A voice like hers can go almost anywhere, and that’s what makes her exciting to watch. But whichever way it is, it’ll most likely be up.

While we’re dropping due local credit, big daps also go to native son David Plakon, who produced Jones’ new album. Between his great production work with other exemplars like local breakout Roadkill Ghost Choir and his defining work at Orange City’s North Avenue Studios, the Grammy-nominated producer has become one of the most notable and accomplished music industry figures in recent years who’s not just from the area but for the area.