Photo via the Paris Review
Sneaking into a hotel pool as a Florida teen is practically a rite of passage, but for swarms of teen Stones fans in 1965, the ultimate achievement would've been unlocked breaking into the Fort Harrison Hotel pool on the day Mick Jagger wrote "Satisfaction" poolside after a riotous gig in Clearwater. The Paris Review shared photos and insights today that should indulge fans who recently crowded the Citrus Bowl to see Jagger's moves 50 years later.

According to the Paris Review, only one teen broke through the barriers to lounge about in typical Florida fashion while the Rolling Stones splashed out their biggest hit. Her name was Ginny French, and Paris Review writer John Jeremiah Sullivan goes so far as to speculate whether she was Jagger's muse. Check out the fascinating piece here. 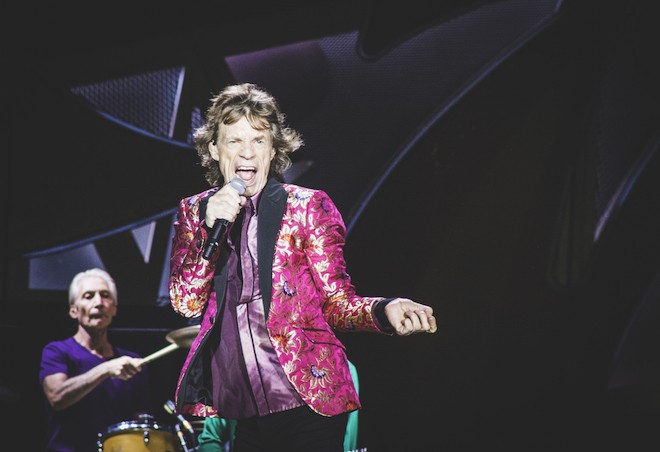