The only thing constant is change for Orlando expatriates Swimm 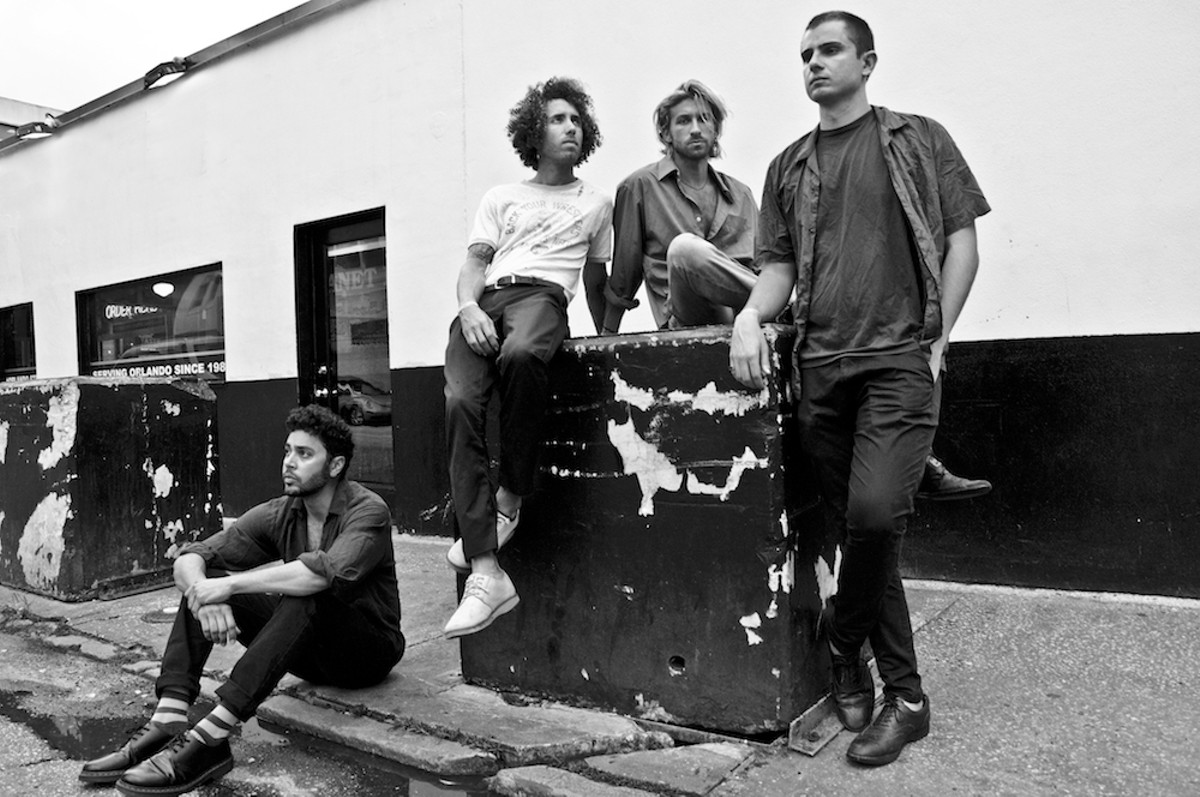 "The human coil is a hell of a lot more in your face in East L.A. than a quiet town in Florida," Swimm frontman Chris Hess tells me of the culture shock that was moving from the east coast of Florida "into a warehouse sandwiched between a UPS Freight station and a cement factory" in downtown Los Angeles.

"The aesthetic was instant," he continues. "Growing up in a beach town I could pretty much always hear the ocean and see it peeking over the dunes every time you drive somewhere. ... It's been a wonderfully potent change of perspective. "

"It has been an ever-evolving hub of creativity and more fun than is healthy," he says. "There is a fashion designer, model/producer, a painter, a fashion photographer, two other bands and us living under the roof of the Cube. And everyone is genuine as all hell and looks out for each other."

Living in such tight quarters with so many artists and musicians – as utopian as that might seem – surely must be cause for some creative anxieties. "It's exciting, first and foremost. Coupled with fear that if you sleep for eight hours you will get passed up by all of them," Hess admits.

The band doesn't seem to be sleeping very often, though. And art has always played a large role in the aesthetic of Swimm. Hess agrees: "I used to curate art shows in Florida for a couple years before I started playing in a band. All of the bands I've looked up to have gone the extra mile to give strong visual elements to the music. We are also surrounded by incredible photographers and painters all the time. We are lucky they are so willing to lend their talents to our vision."

This artistic camaraderie was the catalyst for a festival the band put together called Love You Down. Hess explains: "Instead of doing a headline show we wanted to make it more of an event. Something people wouldn't be able to forget. By transforming a space, much like we did with the Cube shows, and inviting as many of our musician/artist friends to find a way to participate, both years have felt like that. Now for the third year, it will be growing 10 times the size, and [former tourmates] Warpaint will be headlining both nights to celebrate their 15-year anniversary."

But first, Christmas in Florida, with an Orlando date at Will's Pub on Wednesday. Even more exciting for the band is the fact that Winn, drummer and "partner in crime from the genesis of Swimm," just had a baby. "It's insane! It's wonderful. We are all excited for the first holiday with a new life in the mix. Gonna be gosh damn beautiful," Hess gushes.