The Mountain Goats make the personal public at the Beacham 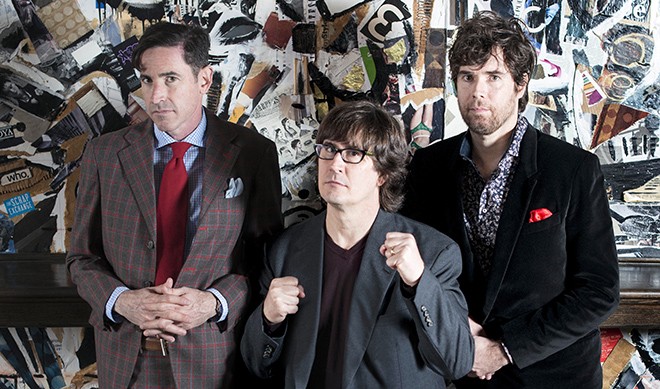 Lissa Gotwals
A funny thing about the Mountain Goats: Many of the indie folk-rock band’s songs that appeal to people most are the ones full of angst and frustration and rage that seems to come from a deeply personal place – yet the majority of the band’s 12 albums aren’t as deeply personal as you might think. Instead, a lot of the material written and sung by John Darnielle, the band’s founder and only constant member, consists of stories about fictional characters. For instance, 2001’s All Hail West Texas is a concept album about “seven people, two houses, a motorcycle and a locked treatment facility for adolescent boys.” Likewise, 2002’s Tallahassee – memorable, in part, for the unforgettably brutal anthem “No Children” – is about characters he calls the “Alpha Couple” who live in a falling-down house that represents their crumbling marriage. In more recent Mountain Goats albums – notably We Shall All Be Healed and The Sunset Tree – Darnielle does go deep, mining his past for songs about growing up with drug-addicted friends and his abusive stepfather. The newest album, Beat the Champ, is a little bit of both. The songs are imaginative accounts about the pro-wrestlers Darnielle admired when he was a child. Though the stories are fictional, there’s an element of the personal here, too – for the young Darnielle, wrestling was an obsession, and during a particularly difficult time in his life, he says wrestling was “an avenue of escape for me when I was a child." The melding of the personal with the impractical is what gives the album the anxiety and tension we've grown to know and love in Darnielle's best work. Tonight, we expect him to throw himself into his characters with nothing less.