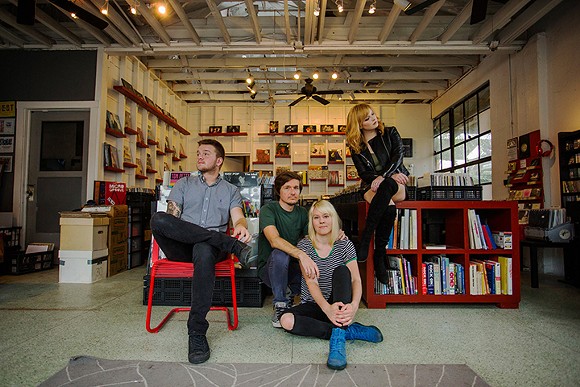 Sarah Modene
Between the dreamy dynamism of Kinder Than Wolves and the heartfelt crunch of Expert Timing, this was already a notable next-gen bill of Orlando indie rock. But once DieAlps! were added, it suddenly became a big deal. These darlings of the Tampa Bay scene have been steadily rising since emerging in 2014 on indie pillar New Granada Records. But while their introductory self-titled EP showed potential, their freshly released debut full-length album (Our City) officially makes them a band to watch. The excellent new record is the document of an extraordinary leap in progress, one that’s taken their waltzing pop charm and given it new rock wings and an open sky in which to fly. With twinkling melodies surfing big swells of guitar, the result is a realized expansion that delivers substance and sparkle in equally brilliant measure. Add in the good locals and the emo intricacy of South Florida’s Woolbright and this bill is a noteworthy sampler of Florida’s next indie class.