Songwriter Tori Amos spends her career lifetime in search of herself 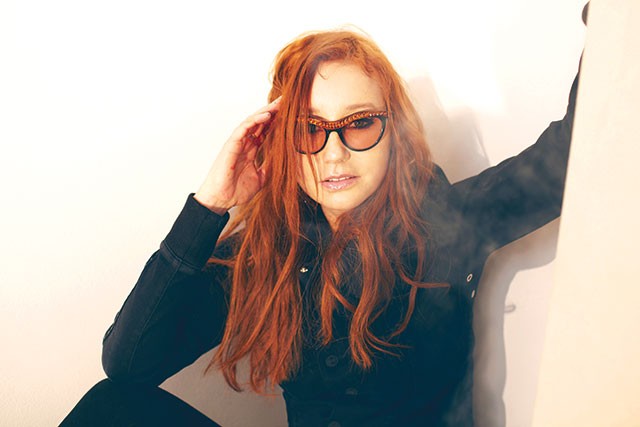 When Tori Amos released her first album, Little Earthquakes, in 1992, the media branded her a freak or a fairy princess. She’s basically maintained that reputation right up to this year’s Unrepentant Geraldines, despite laughing it off as a classically trained musician and dedicated literature student. Like any artist who’s easily misunderstood, Amos suffered from the public’s need to cover her perceived persona with one blanket statement. With every release, she navigates a range of perspectives to encourage a broader view not just of herself but of each person we encounter by chance. Her statement is simple: See more and be more. On some releases, she even embraces complete alter egos, as on 2002’s Scarlet’s Walk, and even more dramatically in 2007 on American Doll Posse, where she embodied five different female figures to convey her perception of modern America.

For Amos, some of the stories she tells through her music are indeed personal. On “Me and a Gun” (Little Earthquakes), she narrates from the perspective of a rape victim, and in her autobiography, she clarifies, “My having lived and survived this experience in real life wasn’t the only reason that I could write and perform from that perspective.” But most of her narratives spawn from literary archetypes – Greek goddesses and Dark Princes – and to reflect these figures, she frequently has to bend her sense of ego to comply with these characters and their worldviews.

Identity is a huge component of Amos’ songwriting, and in her memoir Tori Amos: Piece by Piece, which she co-authored with journalist Ann Powers in 2005, Amos cautions readers not to give into the group mentality of who we are and should be, and to continually explore our hidden selves and even points of view we’d ordinarily never embrace. “When you are able to crawl inside and stop judging for one second and just find that place within where you could do that thing that horrifies you most – you need to find the incest victim in you, the perpetrator of incest in you, the killer and the killed. …

You have to get the ego out of it to do this exercise,” Amos recommends.

The idea of “self” is one that’s intrigued neuroscience and psychology for as many years as the ancient mythologies that Amos traces so dutifully in her songwriting. In the 2013 book The Self Illusion: How the Social Brain Creates Identity, psychologist Bruce Hood proposes an idea that is almost as horrifying as Amos’ suggestion in Piece by Piece to embrace our inner antisocial leanings: There is no self. Hood believes “our brain creates the experience of our self as a model to make sense of the multitude of experiences that assault our senses throughout a lifetime.”

Ariely found the same men in an altered state were twice as likely to change their original answers, and four times as likely to say they would drug a woman for sexual reasons. This presents a clear example of the abandonment of “self” that people tend to write off as atypical moments when we weren’t “feeling ourselves.” Instead, Hood proposes there is no self; there is only a compulsive reaction to our environment and the people in it. Creating an identity exists only as a means of survival and the identity you construct can be compromised or converted at any time, based on outside stimuli.

For celebrities – musicians, actors, sports figures – the temptation to become the version of yourself that the media or the public perceives can be too great to resist. Hood cites a study by psychologist Roy Baumeister who says the brain becomes more susceptible to temptation as our chosen egos become depleted. “Adopting public personas that are at odds with our true emotional profiles may come at a cost,” Baumeister warns.

Amos agrees, “The fatal thing artists can do is to begin believing they are these archetypes, even if the press does and even if the public does.”

As common as it is for many of us to crave celebrity, Amos has long endorsed the opposite as her most famous song (“Silent All These Years”) begins, “Excuse me but can I be you for a while.”