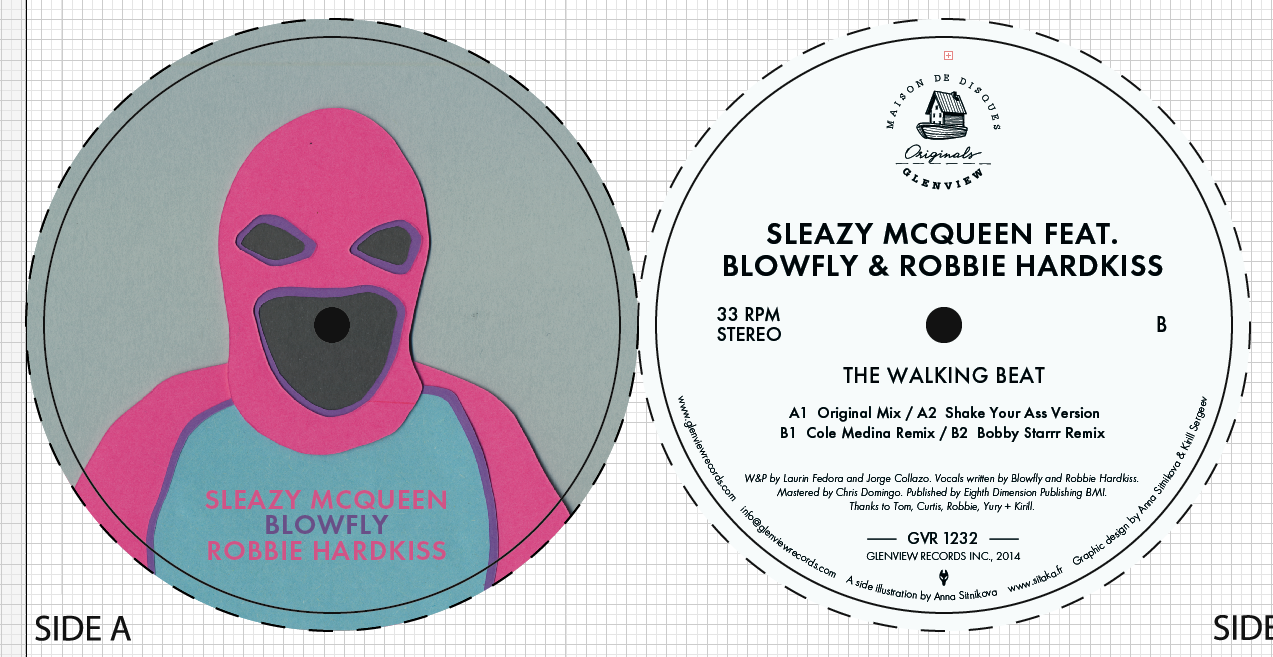 Even after doing official remixes for Bryan Ferry last year and spinning on five continents this year, Sleazy McQueen’s recent tear isn’t over yet. After sharing a bill with him at Will’s Pub last year, Orlando’s nu-disco king tapped none other than filth-funk legend Blowfly (with backing vocals by illustrious house-music legend Robbie Hardkiss) for his latest extended single. The pairing of Blowfly’s dirty rawness with SMQ’s urbane purity is a polar collision that results in sleek, forward-looking dance music with a crunchy soul underbelly. Filtering disco and funk through a house lens, the original mix moves with a crisp bounce and grooves with a robo-funk creep. SMQ’s Shake Your Ass Version bends Blowfly’s spirit through the purified spank and bump of Chicago house. Of the two guest remixes, Cole Medina’s clean, chill breaks make the only version that keep pace. By wielding the edgy soul of Blowfly’s X-rated James Brown essence, McQueen strikes a dynamic tension that gives a distilled and subtle electronic form some welcome bite.