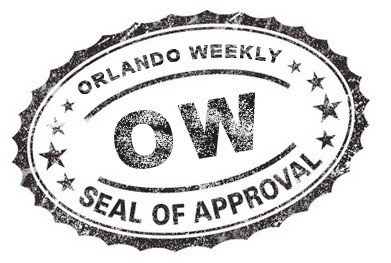 First, the bad news: Heavy Cream are not a metal tribute to Cream. On the upside, this four-piece does channel some of the reckless pep of Eric Clapton’s O.G. blues-rock band. Emerging from Nashville’s fertile garage-rock scene, Heavy Cream make good on their roots by relishing simple pleasures. The inspiration to start the band came from a conversation over barbecue, and their video for “Watusi” depicts the group having a blast just messing around with an Ouija board, swinging on a swing set and setting off smoke bombs. Frontwoman Jessica McFarland’s voice resides in a murky area between pretty, gritty and bashful, while poppy old punk bands like Ramones and the Damned have left their footprints all over the band’s sound. This frills-light approach will never shake the Earth off its axis, mind you, but it should be fun for an evening of head bobbing, half-dancing and drink-raising. – Reyan Ali (with Wet Nurse, Chicken & Whiskey; 9 p.m. at Will’s Pub, 1042 N. Mills Ave.; $5; 407-898-5070; willspub.org)