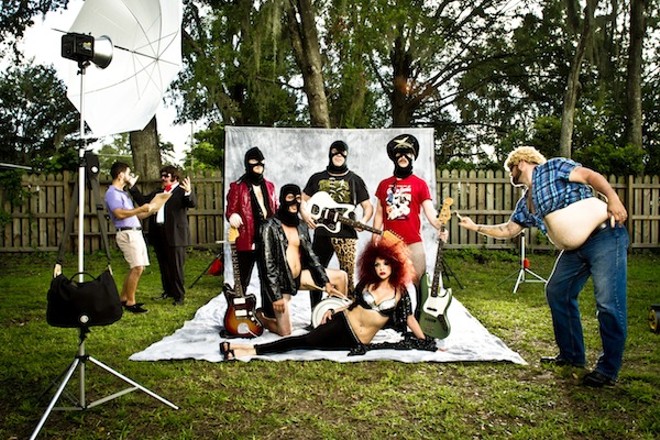 Orlando’s Room Full of Strangers are a band best experienced live, and dammit, they know it. For last year’s five-track album Ten Thousand, they chose to exclusively sell the album at shows, which meant you needed to come out for them to put out. (Digital downloads were priced at the in-your-face rate of $10,000, which iTunes and Amazon rejected for sale in their stores.) Yet it was the band’s recorded songs that caught the ear of recording legend Kramer, who discovered the Strangers on MySpace in 2009 and has served as their producer since. Kramer may be better known as live sound producer for Sonic Youth, but he’s also considered the “fifth Stranger” and was much more involved in this year’s release for the local band. The show this week is a tour kickoff party, as the acid rock band will be meandering the southeast U.S. for the next two weeks, so send ’em off right. – Ashley Belanger