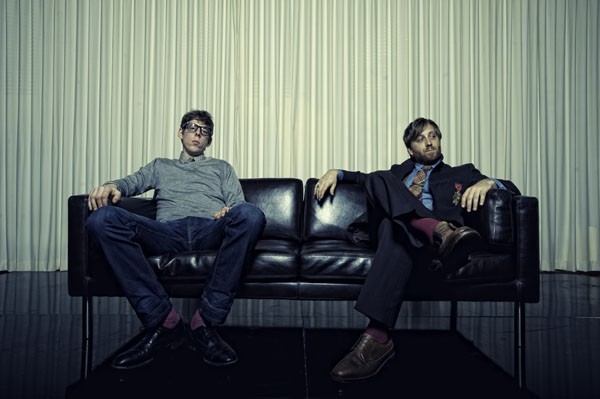 Fans who see the Black Keys on tour this fall will see something very different from the group they know. During a central segment of the show, it won’t be just Dan Auerbach on guitar and vocals and Patrick Carney on drums – the way it’s been with the Black Keys live ever since the band formed in 2001.

The evolution of the Black Keys into a four-piece band – at least part of the time – is a symbol of a major step the duo has taken with its music on Brothers, the aforementioned “new record” that dropped last summer.

“I think maybe for a long time there was an understanding, even though it was mostly unspoken, that we were a guitar-and-drums combo,” says Carney. “And when we did Attack & Release [their fifth full-length album released in 2008], we were consciously trying to make a record that was not really sticking to that formula, but we were still heading into that with the understanding that we’d have to play these songs live as a two piece.

“I think when we went in to make [Brothers] we never even considered how we were going to recreate it. That never even came up until the record was done. The main goal was just to make a record that we liked.”

Despite the album’s departure from the Black Keys’ norm, Brothers finds the group boldly stretching out on songs like “Everlasting Light,” which gets things off to a thrilling start with a deliciously funky sound that would make Prince proud. “Tighten Up,” a recent No. 1 hit on alternative rock radio, takes the funk in a more soulful direction while delivering the rhythmic wallop Black Keys fans have come to know and love.

That’s far from the only song on Brothers with a soulful edge. “Never Gonna Give You Up” finds Auerbach and Carney exploring a sleeker side of soul. Meanwhile, songs such as “She’s Long Gone,” “Next Girl” and “Howlin’ For You” hew closer to the Black Keys’ familiar, gritty blues-rock sound. But even here, the duo adds instrumentation or subtle stylistic twists that put a new spin on their sound.

In essence, Auerbach and Carney have managed the tricky task of expanding their sound without losing the stylistic – or even the basic instrumental – identity of the  Black Keys.

“Dan and I definitely don’t want to limit ourselves in what we can do,” says Carney. “We make music that’s kind of based in the American blues tradition in some capacity, but also American garage rock, and those are all heavy influences. But I would like to think we could make an extremely poppy record or an extremely psychedelic record and there would be a common thread between it all that would sound like us. I think we could make a record without guitar that would sound like Black Keys.”

Throughout much of the duo’s career, that statement might have seemed hard to believe – if not for Auerbach and Carney, then certainly for those who followed their music.

The band’s first three albums – 2002’s The Big Come Up, 2003’s Thickfreakness and the next year’s Rubber Factory – were similar in their sound and approach. Recorded by the duo themselves, and using almost exclusively electric guitar and drums, the Black Keys indeed created a raw and primal sound that was clearly rooted in rough-and-tumble blues and the no-frills crash and bang of catchy, riff-heavy garage rock.

They managed to keep the sound fresh despite what seemed like a limited range of stylistic and instrumental options right through to their 2006 CD, Magic Potion.

Then on Attack & Release, a collaboration with producer Danger Mouse, came signs that Auerbach and Carney were starting to think in broader terms, musically.

On tracks like “Strange Times” and “Lies,” the duo’s familiar guitar-drum attack was intact, but other instruments, like the keyboard lines on those two songs, began to work their way into the sound. The group showed a wider range of influences with the hill-country tones of “Psychotic Girl,” the acoustic country blues of “All You Ever Wanted” and the ambient tones of “Remember When.”

Carney feels the musical evolution of Brothers is partly an outgrowth of outside projects he and Auerbach undertook in 2009.

Auerbach was the first to surface, releasing a solo album, Keep It Hid, in February 2009. Later in the year, Carney released the debut by his side band, Drummer – a project that took a notably poppier turn away from the Black Keys.

The two then came together for a project called Blakroc, in which Auerbach and Carney collaborated with a variety of hip-hop artists (Mos Def, RZA and Raekwon, to name a few) that brought together the worlds of rock, hip-hop and R&B. That project in particular, Carney says, had an impact  on Brothers.

“When we made Blakroc we were really kind of forced to not think in terms of sounding like the Black Keys,” he says. “We were starting every song with bass and drums. That’s how we started every song on Brothers. Also, when we were working on the Blakroc stuff, watching the MCs pick the tracks they wanted to rap on, it always seemed like they would gravitate more toward the more mellow kind of backing tracks. I think that maybe there’s something to that. Maybe there’s more of a universal appeal to, like, a steadier groove than something more frantic.”

The fact that the Black Keys recorded Brothers at the famed Muscle Shoals Sound Studios in Alabama may have also contributed to its soulful vibe.

“There are no windows there. It’s really  dark, a very homey kind of studio,” says Carney. “Being there in August, it kind of feels like what summer should feel like: thick, close. Yeah, I don’t think we would have made the same record if we had recorded it in Brooklyn. I know we wouldn’t have.”