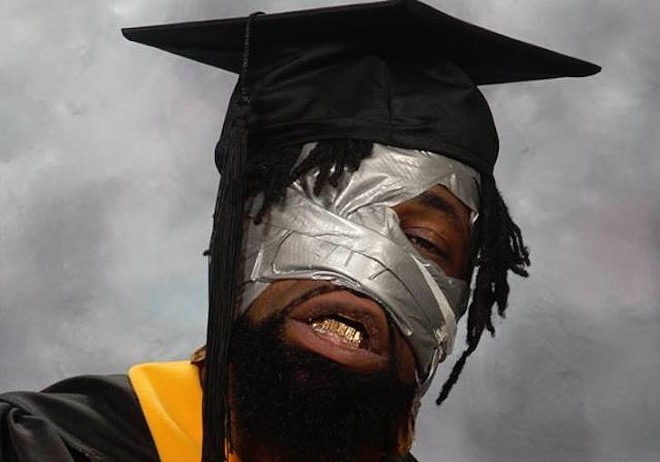 Photo via Ticketfly/Facebook
Richmond rapper and underground legend Nickelus F has announced dates for a swing through the South in February, and be still our beating hearts, the MC will be playing an Orlando show.

Nickelus F and Michael Millions play Soundbar on Sunday, Feb. 24 at 7 p.m. Tickets are $12-$15.
Get our top picks for the best events in Orlando every Thursday morning. Sign up for our weekly Events newsletter.