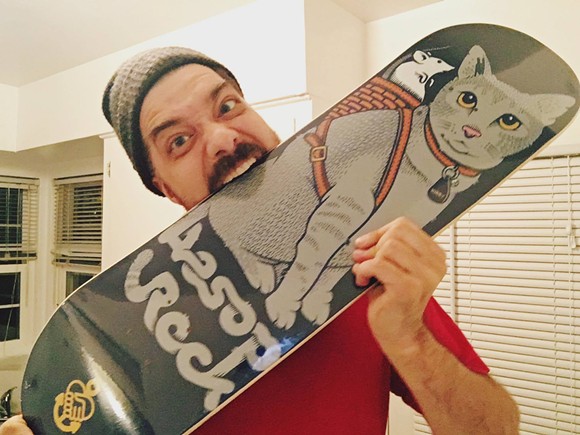 Photo via Aesop Rock/Facebook
Hip-hop maverick Aesop Rock will soon be at the Social alongside Rob Sonic and DJ Zone.

Rock's Orlando show is set for Tuesday, July 5. Tickets and booking were made public March 23 and can be purchased here. Insert your own "verbal fireworks" pun and chuckle mirthlessly.

Check out the visuals for his latest single, "Rings."