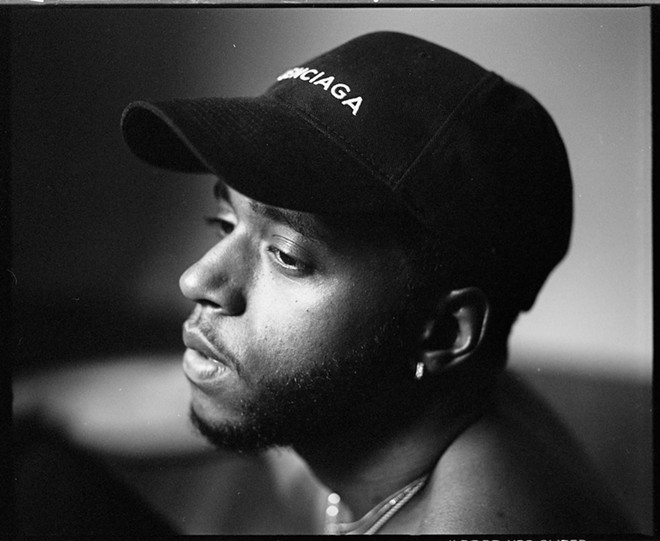 Photo via 6lack
Atlanta rapper 6lack – who took a hiatus from performing last year to spend time with his young daughter – has returned in a big way. The gifted MC, best known for 2016 platinum single “Prblms,” casually announced on Twitter earlier this year that he had a new album wrapped, and then, in short order, released East Atlanta Love Letter, an ambitious new album complete with guest spots from Future and J. Cole and a touching album cover pic of 6lack with his daughter strapped to him in a baby carrier, while he recorded music in his (actual) kitchen. His sound is narcotized and dreamlike, like modern trip-hop stripped of the yoga studio connotations, and his flow is in turns plaintive, intricate and lost in a dream. East Atlanta Love Letter is an affecting portrait of a young artist growing up and moving on. His shows in Florida last year were packed out and on point. Expect nothing less this year. – Matthew Moyer