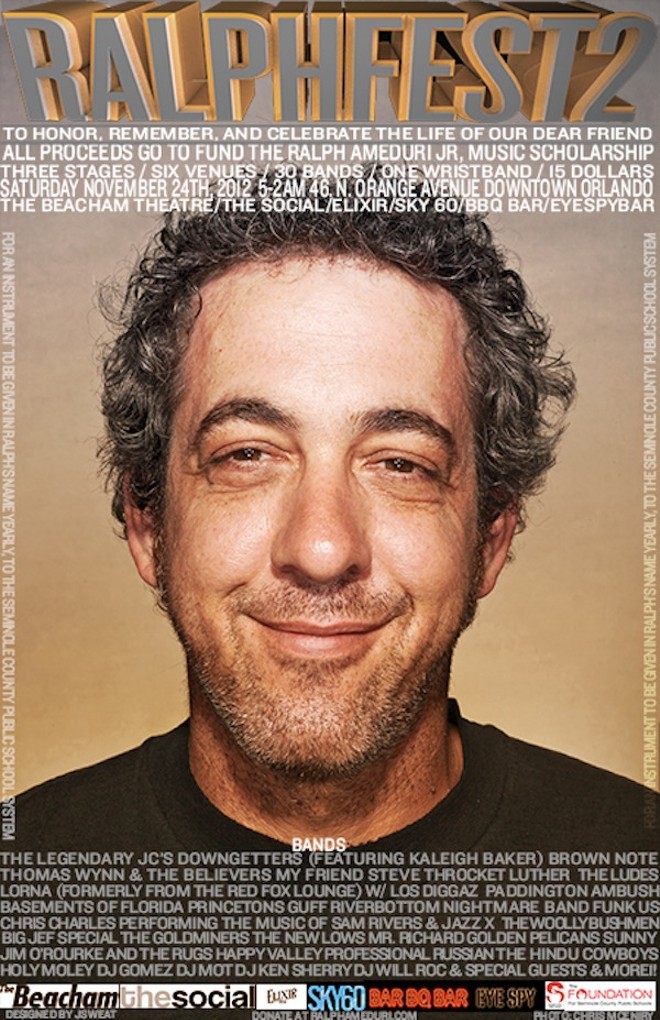 It’s been a year since Orlando lost Ralph Ameduri Jr., a man whose talents supported some of the community’s strongest fixture bands (the Legendary JC’s and Thomas Wynn and the Believers, among others). Last year, RalphFest was created in his name, not just to raise funds but also as a tribute to who he was and what he meant to this town. This year, the goal of RalphFest has broadened and so, too, has the festival itself. With more than 30 acts taking the stages at various venues downtown, RalphFest 2 will be bigger. And, while hearts still weigh heavy about his absence, they’re lightened somewhat by a noble new mission to carry on Ameduri’s passion for music in the form of a scholarship in his name that will be awarded through the Foundation for Seminole County Public Schools. Proceeds from the festival, in addition to donations made through ralphameduri.com, will go toward the scholarship fund. – Ashley Belanger