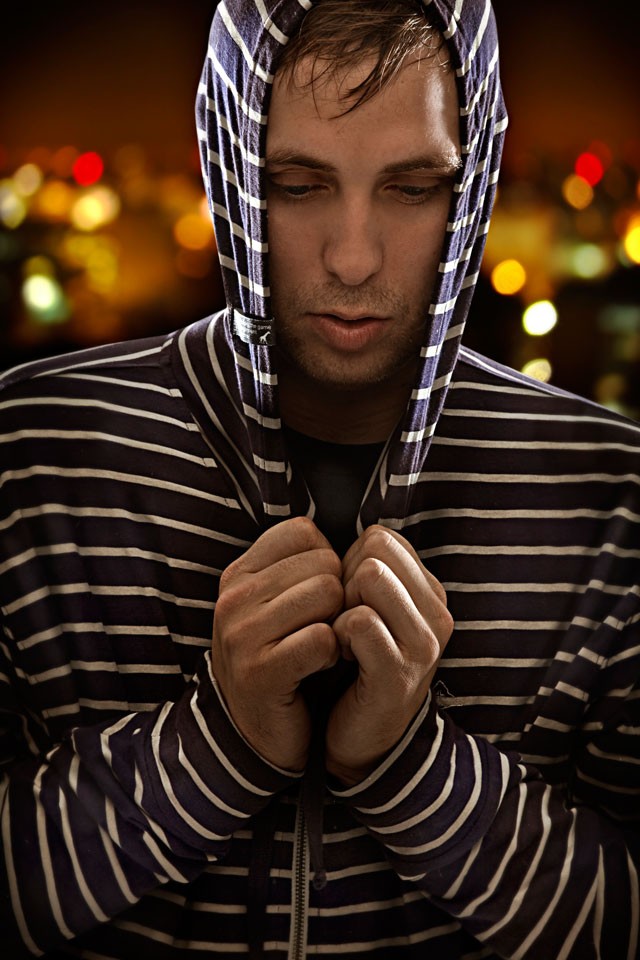 Derek Vincent Smith – better known by his stage name Pretty Lights – has made no secret of the fact that he wants to push the boundaries of the electronic dance music genre and take the music to places it hasn't yet gone.

He seems to be making good on that promise, beginning with the live show he's headlining, the Illumination Tour, which continues into mid-November.

On earlier tours, Smith brought along a drummer who played live beats to the music Smith was performing from his onstage audio setup. He eventually found that limited his ability to improvise songs on the fly.

"I tried to communicate with my drummer with sign language for awhile and tried to keep everybody on the same page," Smith said in a late-August phone interview. "(But) I realized I was really holding myself back as far as how I did push the improvisation of the electronic music that I had composed."

Having a drummer also limited Smith's ability to coordinate the visual elements of his show with the music he performed.

"I really wanted to connect my control of the music to thecontrol of the (visual) aspect of the production of the show," he said. "So the last tour we figured out how to connect my technology, the devices I use to make music and control, to have video linked to each clip that I would trigger."

The improvisational element of the Pretty Lights live show is something Smith has been developing throughout his career – a career that has seen his popularity mushroom since the 2006 release of his debut CD, Taking Up Your Precious Time.

In releasing that debut, Smith took the unusual step of allowing anyone to download the CD from his Pretty Lights website.

While this may have cost Smith some income from record sales, he thought making his music free would get his music in the hands of fans quicker and create a word-of-mouth buzz that could help him build an audience.

So far, the plan has worked – probably beyond Smith's expectations. He continued releasing records for free, including the 2008 CD Filling Up the City Skies and Passing By Behind Your Eyes (released a year later). Those were followed by three EP released in 2010 – Glowing in the Darkest Night, Making Up A Changing Mind and Spilling Over Every Side. Smith has since watched things build to where he's approaching 3 million free downloads of his albums. He's also moved up from playing clubs and theaters to now being able to headline arenas and other large venues.

Along the way, Smith has developed a distinctive sound within the electronic music realm. It combines modern hip-hop beats and fuzzy, buzzing electronic tones with samples of vintage soul, blues and jazz to create an unusually melodic sound that has a decidedly soulful edge and even at times some funky grooves.

On the Illumination Tour, he's taking the improvisational aspect of his concerts to new levels.

"I'm not stuck to a certain arrangement of a song. I can stretch out or shorten any part," Smith said. "Then when I begin each song, it opens up different virtual instruments that have sounds, like different pads on my samplers for me, so I'm able to play different elements and layers of the songs that I can turn on and off, play or not play. So I can either have everything on and just have the song playing and mess with the arrangement, or I can play with the arrangement of the song and turn the bass off and play the bass myself. Or, I can turn the bass back on and turn off the sample track and play that track. There's also a whole array of effects I'm able to use to manipulate the sounds of each layer as well."

The next Pretty Lights CD, which has now been in the works for nearly two years, also promises to be unlike anything Smith – or any other electronic artist – has done.

The album will not include any outside music samples. Instead, it will be all original music that Smith wrote and then recorded to analog tape before pressing it to vinyl. The various parts that were recorded to vinyl were then assembled and augmented to create the finished songs. Smith brought in roughly 60 musicians and singers to perform parts that will be on the new CD.

"Really it was all about challenging myself and wanting to create something that was completely sample free, but at the same time retained the sound of being able to have a 1940s big band horn line and a 1920s blues vocal with a '60s soul groove and really tries to span the last century of influences in a single record," Smith said.

"That's why I did it. That's what I did, and I'm really excited about it because it's something I've written completely by myself, from the melodies to the lyrics, and put it all together. It's almost done, and I can't wait for it to come out. I think people are really going to enjoy it."