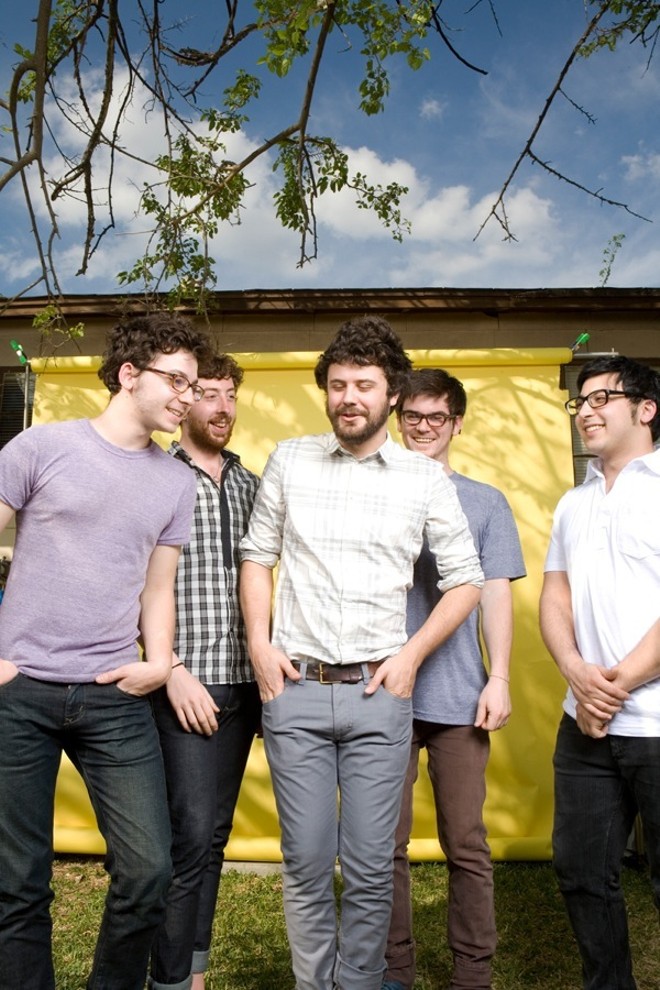 Sometimes, with great creativity comes great pain. That’s certainly the case with Michael Angelakos, the lead singer of Cambridge, Mass., electronic-pop group Passion Pit, who catapulted to sudden success in 2009 with the release of debut full-length album Manners. In July 2012, the band was getting ready to release their highly anticipated sophomore record, Gossamer, the production and recording of which was a fraught process for Angelakos. He stressed about taking a band that had started out with just a few Berklee College of Music and Emerson College grads playing around with keyboards, synths and guitars to the next level. So when Passion Pit hit the road in support of the new record this summer, it proved to be too much, too soon. The band abruptly canceled a string of shows and put the tour on hold. Angelakos, who’s made no secret of his struggle with bipolar disorder, said he needed to take a break to improve his mental health. Now Passion Pit is back in action and judging by the reviews, making up for lost time. Angelakos’ falsetto voice trilling over chirpy synths and the band’s hyperactively upbeat but darkly frantic sound are thrilling fans who’ll take what they can get as long as Angelakos is able to give it. – Erin Sullivan