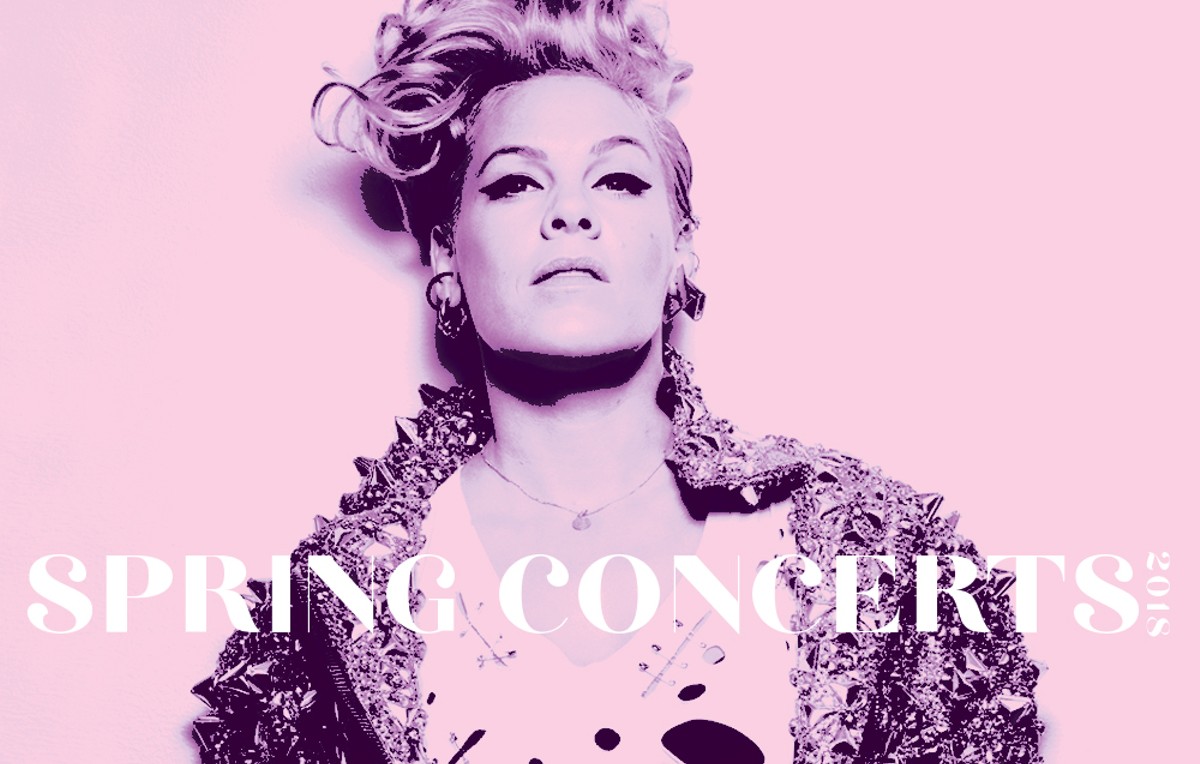 As soon as the winter thaw sets in up north, musicians from all over hop in a bus or van and head out on tour – and Orlando welcomes them with open arms. The usually busy concert calendar in the spring is absolutely bursting at the seams this year thanks to a perfect storm of new venues, new promoters, and musicians on all levels willing to delve a little further south than just Atlanta. Spring has indeed sprung, noisily. Time to hit the town.

For more concert highlights, check out our follow-up: Even more concerts worth seeing this Spring in Orlando
click to enlarge

7 p.m. at the Beacham; $30-$35. Sweden's finest musical export since Entombed, this Grammy-nominated electronic pop outfit are taking the songs from last year's critically lauded Season High album out on the road one more time.

8 p.m. at Bob Carr Theater; $49.50. On New Year's Day, soul/R&B/pop singer extraordinaire Anita Baker announced her impending retirement from performing, to be capped off by a series of farewell shows in March. And this show will be one of those long goodbyes.

7 p.m. at Timucua White House; donations encouraged. Adventurous saxophone-and-only-saxophone ensemble of San Francisco musicians has been pushing at the boundaries of jazz since 1977. Famous as the first avant-garde U.S. group to tour the Soviet Union in the 1983, ROVA never fails to dazzle.

NEW DATE TBA. At this rebooked date, one of many shows canceled in the wake of Hurricane Irma, veteran trash-punks and CBGB's creepers Cheetah Chrome's Dead Boys are making up for lost time and belatedly celebrating the 40th anniversary of their debut album, Young, Loud and Snotty.

6:30 p.m. at House of Blues; $33.10. Emo-punk godfather Chris Carrabba and crew are hitting Orlando as part of their "We Fight 2018" tour, playing out songs from their first album in eight years, Crooked Shadows.

8 p.m. at Blackstar; free. Formerly an event to mark the return of WPRK to the FM airwaves (but sadly delayed again), Blackstar hosts the first in a series of WPRK-curated events featuring bands, DJs and guest speakers. Confirmed to perform are Cabo Boing, Acoqui, the Palmettes, Tele & the Ghost of Our Lord and a DJ set from Sales.

7 p.m. at the Beacham; $30-$35. British synth-pop legends Orchestral Manouevres in the Dark will be winding down their U.S. tour in Florida, promoting new album The Punishment of Luxury. Expect the big hits ("If You Leave") and the deep cuts ("Electricity," "Enola Gay").

9 p.m. at Will's Pub; free. At long last, Rock Fight returns! It's an underground institution and musical punchout put on by Total Punk wherein ad hoc "all-star" bands form for the night and play a cover song drawn out of a hat, then are judged mercilessly by local rock experts. Expect colorful costumes and wrestling-level gimmicks.

10 p.m. at Blackstar; free. Minimal wave and dark synth are increasingly becoming the favored listening of bleeding-edge tastemakers, and would you believe that a musician setting the tone for this new wave is from nearby St. Petersburg? Hear for yourself when Nic Hamersly brings his analog synth arsenal. It's gonna get chilly.

7 p.m. at the Beacham; $25-$27.50. Total blackout! Austin psych-freaks Black Angels are bringing their "Birds and the Bees" tour with Atlanta's garage outcasts the Black Lips (a band that helped christen the current location of Will's Pub back in olden tymes).

Jason Isbell and the 400 Unit

8 p.m. at Dr. Phillips Center; $32.50-$60. Jason Isbell and the 400 Unit are hitting the road in support of new album The Nashville Sound, with support from oddball British guitar legend and Fairport Convention founder Richard Thompson.

8 p.m. at Hard Rock Live; $43-$48. Washington state indie-rock luminaries Modest Mouse just announced a U.S. tour set for this spring, with Orlando as one of the first couple of shows of the two-month trek. The only other Florida show scheduled is in St. Augustine.

3 p.m. at Will's Pub; free. Total Punk presents its twist on the rock & wrestling connection with an outdoor throwdown in the Will's Pub parking lot. Live sets from Golden Pelicans and Gino and the Goons will be paired with straight-up wrestling matches and drunken antics.

7 p.m. at Amway Center; $138-$171. Pop survivor Pink is riding high after the release of her new album (Beautiful Trauma) and a documentary on the making of said album. Now the singular singer is taking her show on the road with a 40-date trek including this Orlando arena gig. Expect extra!

7:30 p.m. at Dr. Phillips Center; $49.50. Lion-maned synth enthusiast Yanni is packing up his keyboards and his orchestra and hitting the road to mark the 25th anniversary of his iconic (there, we said it) Live at the Acropolis album. Get mellow.

7:30 p.m. at House of Blues; $28. Funk mastermind George Clinton is mobilizing his all-star all-alien Parliament Funkadelic supergroup for a series of U.S. engagements. As far as Florida goes, Clinton will only be landing the Mothership in Orlando.

6 p.m. at the Beacham; $23. New pop royalty Kiyoko got her start in acting with roles in the Scooby Doo and Jem and the Holograms reboots, but now she's charting her own path as a nervy out-and-proud singer/songwriter. Show was bumped up from the Social to the Beacham, so something is happening here quickly. Get in on this.

8 p.m. at the Social; $29.50. Bartender, 500 more drinks for me and my friends! Celebrated rust-belt art-rockers GBV are hitting the road behind new album How Do You Spell Heaven with a lineup that includes new (Bobby Bare Jr.) and old (Doug Gillard) faces alike. Expect it to get intimate and sloppy in the best ways.