Other keepers of the flame

Every weekend, you can find collector extraordinaire Ray Ehmen behind the counter at Rock & Roll Heaven in northwest Orlando, presiding over a vast selection of CDs, vintage LPs, 45s, and other musical artifacts. For over a quarter-century, Rock & Roll Heaven has been an oasis of old-school in an increasingly homogeneous retail landscape. "In '87, I took over the store from a friend of mine, who'd started the business in '77," Ehmen recalls. "It went from being a hobby to being a full-time job. But I wouldn't be doing it if I wasn't having fun."


Kurt "King of the Oldies" Curtis

Kurt "K.O.T.O." Curtis, the "King of the Oldies," started out in the '60s spinning records at Big Daddy's in Daytona Beach. Now living in Clearwater, Curtis has combined exhaustive research with over 1,000 items of memorabilia from his personal collection to produce a labor of love entitled Florida's Famous and Forgotten: Florida's Rock, Dance, and Soul Music 1955-1985: The First 30 Years, a massive, 1500-page illustrated encyclopedia. Curtis's comprehensive study, which he refers to as "the Bible," has been in the works for 22 years (and counting), with pre-orders dating back several years. Like a rock & roll Sisyphus, K.O.T.O. has relentlessly pursued his dream, despite many setbacks. By the time a series of graphic designers had come and gone -- one absconded with $10,000 and a stack of rare 45s -- he'd already sunk $30,000 of his own money into the project. In June of this year, Curtis found a publisher, Florida Media Incorporated, who promises to publish the book by January 2004.

Every week, Mal Thursday hosts Florida Rocks Again!, a syndicated radio hour chronicling the state's musical history. The time frame is similar to Curtis' book: from mid-'50s R&B and rockabilly to a little past Skynyrd's plane crash, with a bold mix of the famous and the obscure. Thursday describes the show as being "sort of like 'Little Steven's Underground Garage,' but even hipper, because it's more obscure." Currently heard in St. Augustine and Jacksonville, Thursday hopes to get the show on the air in Orlando, Tampa, South Florida and the Panhandle by the beginning of next year. It's been a long time since the Funderful 40, but this could be the next best thing. 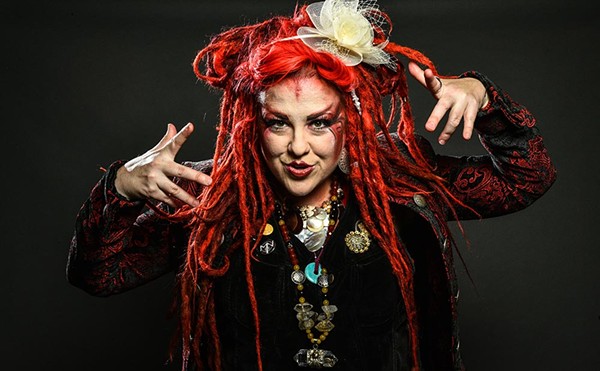