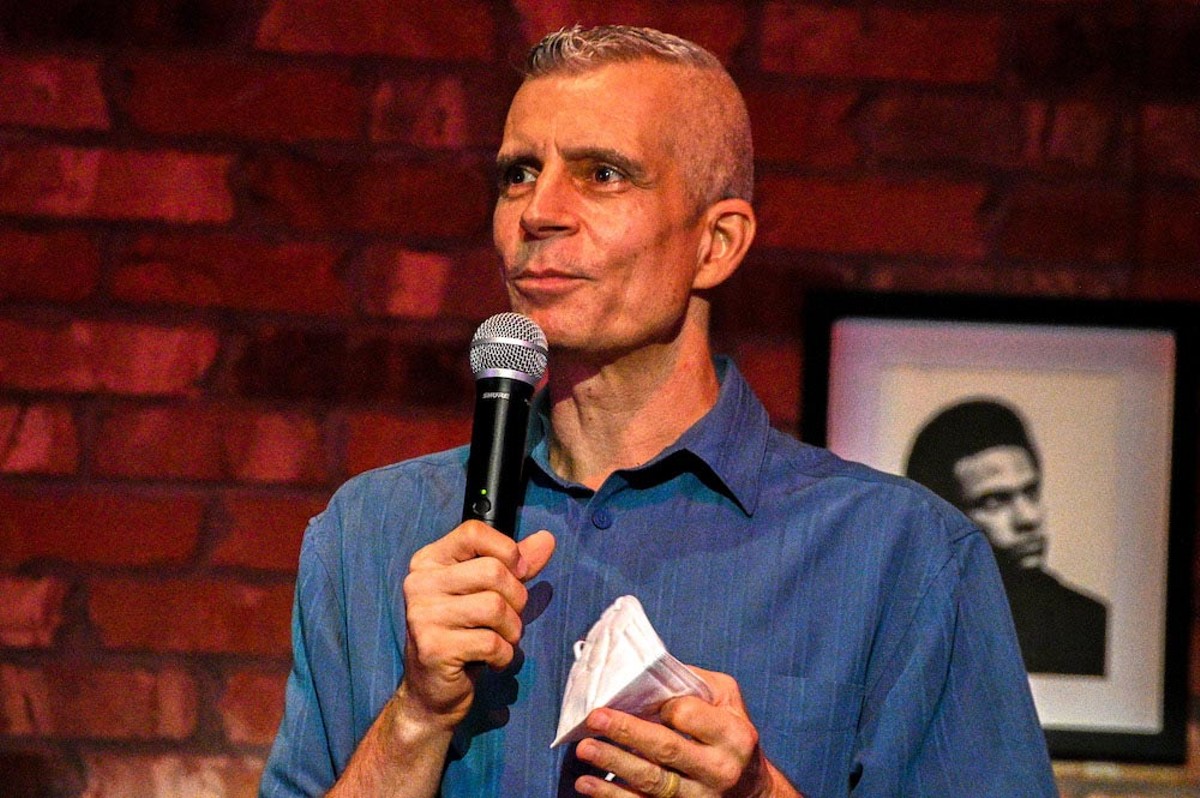 House venues, as a rule, generally don't last all that long. The ecstatic creative highs often end up outweighed by the organizational, logistical and financial lows.

But the Timucua Arts Foundation isn't just any house, not by a long shot.

Timucua, headquartered since 2007 in a custom-built residence-cum-grassroots performance space nestled among suburban homes on a quiet SoDo street, presented their 1,000th concert last week. That's quite a milestone in a city where the theme park and resort industry casts a long shadow over the rest of the cultural landscape.

The Timucua Arts Foundation, though, proudly kicks back against those trends, specializing in deep-dive cultural events and adventurous music for local audiences with a taste for things on the proverbial left side of the dial.

Started in 2000, Timucua Arts Foundation has helped to both raise the bar and open up the possibilities for performances happening here in Central Florida. The Timucua house has consistently hosted programming and performances that prick up the ears of their hard-core audience and those blessed with the curiosity to see what's happening in their city.

The list of Timucua headliners is illustrious: Grammy winners like David Sanchez; culture-jammers like Mark Hosler from Negativland; or Roedelius, a giant among electronica innovators. These names are but a few of the artists that have come to our small corner of the world to dazzle and scratch the itch for compelling, unique live performance.

"We had our first concert because we could not find anything happening mid-week in Orlando in 1999. What was to be a one-time event instantly became a monthly event, then bi-weekly, then weekly, so that the following year, we presented 40 concerts," Timucua Arts co-founder and householder — for this is indeed the home he shares with wife and fellow co-founder Elaine Corriveau and their children — Benoit Glazer tells Orlando Weekly.

"It grew from there, organically, as it was filling a need that was obviously there, both for audiences and performers."

Twenty-plus years of full calendars later, Timucua is in a league with the region's other heavy hitters like the Mennello Museum, Snap! Orlando and the Rollins Museum of Art (formerly known as the Cornell Fine Arts Museum).

"When you consider that for 16 years Timucua was a volunteer-run organization, that Benoit and Elaine did this at great personal expense of time and money — it's an amazing achievement to be able to celebrate this milestone," says Timucua executive director Chris Belt.

"Thousands of artists and tens of thousands of guests have experienced Timucua's special combination of artistic excellence and intimate hospitality. And we're growing the organization in such a way that the next 1,000 concerts will happen in a shorter timespan and reach many more people."

Intimate hospitality is an apt way to describe not only the venue, but the vibe in general at a Timucua event. There's a welcoming warmth that one feels as soon as the doors open.

Glazer, Corriveau, Belt and the foundation staff have set an inclusive tone bereft of pretension or elitism. Who knows, they might even be the ones pouring you a beverage from the ad-hoc bar.

Intimacy comes into play even after the shows are over, in that one can mingle with those who moments ago were on the stage. (Though the pandemic has put a bit of a damper on that due to health and safety concerns.) Feeling that kind of creative energy at a close proximity is utterly priceless, let alone the freewheeling conversations that can be had.

That conversational liveliness doesn't just include the marquee talent, but extends deep into the crowd. Often in attendance are some of Central Florida's best and brightest — curators, writers, musicians, professors, artists, civic and business leaders — as well as those up-and-coming trying to find their place in the arts world.

One of those individuals is Matt Gorney. Through his Civic Minded 5 promotional group, he's lent his considerable experience on the frontlines of avant-garde music events to help to develop the reputation the venue has earned, and vice versa.

"There is a radiance to a Timucua Arts presentation. One can note something very specific like the family's energy at every show time, or something holistic and less immediately definable in the layers of fine details," says Gorney.

"In total, it's an inspiring and visceral experience for everyone participating. Timucua Arts, importantly, is catalytic for artist and producer creations, too. Our presenting group, Civic Minded 5, presented roughly 40 concerts before joining the Timucua Arts umbrella. Our series had slowed to the irregular event until we visited the current Timucua Arts venue. Timucua breathed the air back into Civic Minded 5."

Another true believer in Timucua's impact on Orlando's arts and music community is Daniel Jordan, associate director for the Dr. Phillips Jazz Orchestra. "The Timucua Arts Foundation has created a space for all to communicate and connect with their shared humanity," says Jordan. "This venue has no peer, from fomenting arts education across Central Florida to providing an outlet for all artists regardless of label or category. The performance space is truly a concert hall; it has always been an honor and a pleasure to perform at the Timucua White House. The Glazer family has fundamentally changed the way music and art are expressed and enjoyed in Central Florida."

Californian free-jazz titan Larry Ochs has played Timucua so many times — with the iconic ROVA Saxophone Quartet, as well as numerous other ensembles — they might as well give him a guest room in the house. Ochs is effusive about what keeps him returning to Orlando year after year.

"Timucua is simply one of the few venues where I know that any acoustic configuration is going to sound great. The test for that was 'Larry Ochs Sax & Drumming Core' with two drummers, piano, trumpet and sax," remembers Ochs. "When that worked there, I knew I didn't have to worry about what I brought south with me. It's like some kind of church for music. I just wish I lived closer so that I could come by and listen."

In a rapidly growing community like Central Florida, and especially considering the body blows that music and the arts in Orlando have suffered during the pandemic, it's comforting to know that quality endeavors like Timucua can thrive, survive, foster and inspire.

Though briefly shuttered during the early months of the pandemic, Timucua's doors are once again open for a lively, although pared-down (and limited-audience capacity) calendar of arts and music events — and a robust livestreaming regimen. Glazer diligently used his downtime to install Reme Halo-LED air purifiers and a bleeding-edge new sound system from Acoustic Control Systems. (Timucua is the only venue in the area to have ACS.)

Last Saturday's 1,000th headliner, percussionist Britton-René Collins made full use of the new sonic capabilities, turning in an adventurous, affecting performance that OW's man on the scene Jim Leatherman called "passionate" and "empowering." Just another evening at Timucua.

"Every community needs a space in its heart where people can listen, watch, and participate in artistic events," reflects Glazer. "What sets Timucua apart is the breadth of our programming, the variety of things we present, and our dedication to creating a peak, unforgettable experience, both for the audience and the performers. And our model is to use the support of the community and use its power to leverage larger donors, grantors and government programs to bring the best possible talent to Orlando while keeping our programs accessible to all."