With his twisted man bun and thrifted then screen-printed wardrobe, False Punk frontman Cody Zeigler creates a visual discord in a hardcore environment. Writhing to his own manic rhythm, he's like the car dealership's wacky waving-arm dancer at the nucleus of the circle pit. Careful if you encounter him in this blacked-out performance state, which finds him rolling on the floor as frequently as shouting in someone's face or executing trippy dance moves like he got lost finding his way back to Bonnaroo.

False Punk formed at the end of 2013 when Sinnott and bassist David Vogt started jamming and fixated on finding just the right frontman to electrify their experimental burn, which sears in straightforward turns and keeps things heavy, noisy, hard and fast. In February, they pulled in drummer Christian Padron (whose other band, Direct Effect, recently got signed to Jade Tree Records), who instantly melded and positively influenced the sound. Right then, the band laid down three of the songs that eventually made it on their sold-out 2014 EP Kick Rocks. (FYI: They're pressing more now and will likely have copies for sale at their show and on tour.) A random and presumptuous email from Zeigler completed the square.

"One day, Cody messaged us on Facebook, and he'd put his vocals on a demo track that we had," Sinnott says. "And he said, 'Hey, I'm in your band now.'"

"Everyone I contacted to do vocals either wanted to and didn't have time or just turned out not to be a good fit," Vogt says. "I was skeptical of Cody at first when he hit me up about it."

"But it was exactly what I didn't know I wanted," Vogt says.

Zeigler also writes the lyrics, deceptively contemplative and exceedingly conflicted amid False Punk's crush. They're at times inspired by defeat – "Tried to make mistakes just so I can solve them" ("The World Fell Out of a Hole in My Pocket"), scrutinizing and fed up – "Climbed on the back of something you can't define" ("Kick Rocks") – and bitterly laissez-faire – "Life is death's cruise/To live for never or sleep forever I can't choose" ("Waking Up Sucks"). While Vogt writes most of the riffs, they serve more as jumping-off points for False Punk's collaborative songwriting process, which becomes heavily informed by the influence of Zeigler's lyrics and zany frontman personality. 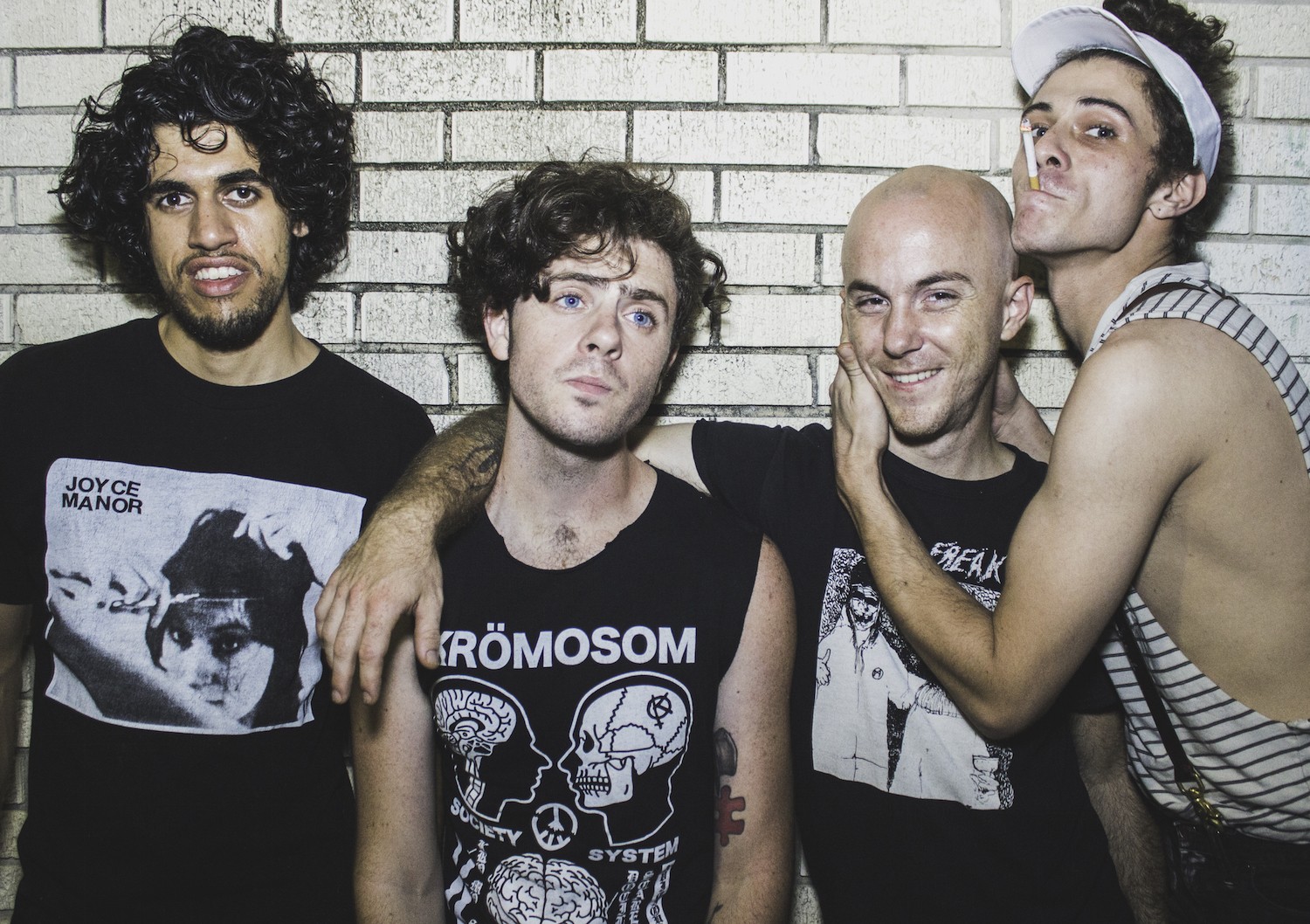 The band is currently recording new music – on Padron's Small Claw Mobile Recordings (their drummer doubles as sound engineer) – and is about to head out on an East Coast tour that takes them to New York City, Chicago and Pittsburgh. But they're most excited about Greensboro, North Carolina.

"There's no reason for us to go there except that there's a community of people there that plays sick music, the people are really dedicated to going to shows and paying money to see touring bands, there's a lot of people involved in the music scene, and they're really cool people to hang out with," Sinnott says. The band agrees Greensboro's charm reminds them of the local scene here that pushed them so quickly to become a vital supporting band for national acts coming through Orlando, as well as helped land them a coveted spot on this year's Total Fuck Off line-up.

While this all sounds pretty serious, False Punk smirks just as often as they seethe, with a playful approach that's evident by their name. (The band also says it indicates their versatile ambitions; they say their new music is stylistically "all over the place" and not just punk.) Zeigler nabbed the moniker after a night at Uncle Lou's Entertainment Hall where a friend was drunk and screaming at identified posers.

"The only thing you can call a punk that would offend a punk is a false punk," Zeigler says. "It actually happened, our friend Josh was yelling it outside Uncle Lou's one day, and I was like, 'That's so funny.'"