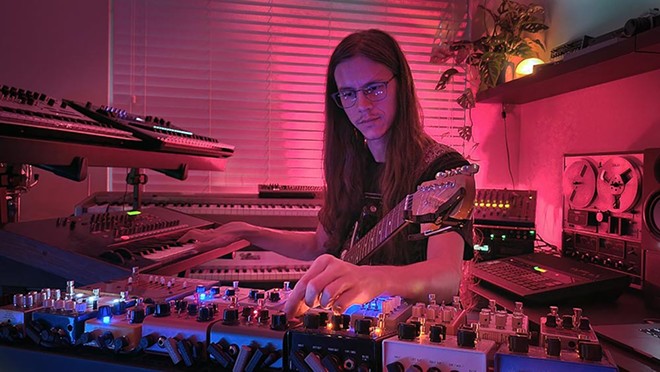 With his solo vehicle Legos, Orlando multi-instrumentalist and producer Kyle Potter has chased his muse across the musical horizon that lies beyond rock. But his latest album, Lucerne, is one of the most quintessentially “post-rock” works in the Legos catalog.

Like his lovely band work with Chapters, this new collection is defined by halcyon post-rock that’s remarkably fine in craft and detail. Rather than the crashing crescendos of the genre’s heavier acts, Lucerne is more a crisp exercise in slow, unfurling revelation. Played and recorded entirely by himself, Potter wields guitar, keyboards, bass, drums and percussion like a microcosmic symphony. From acoustic guitar lines, he builds up with electronics, layered textures and field recordings to render an entire inner world of tranquil majesty.


Lucerne now streams everywhere but is also available as a limited-edition cassette (50 copies) on Bandcamp.