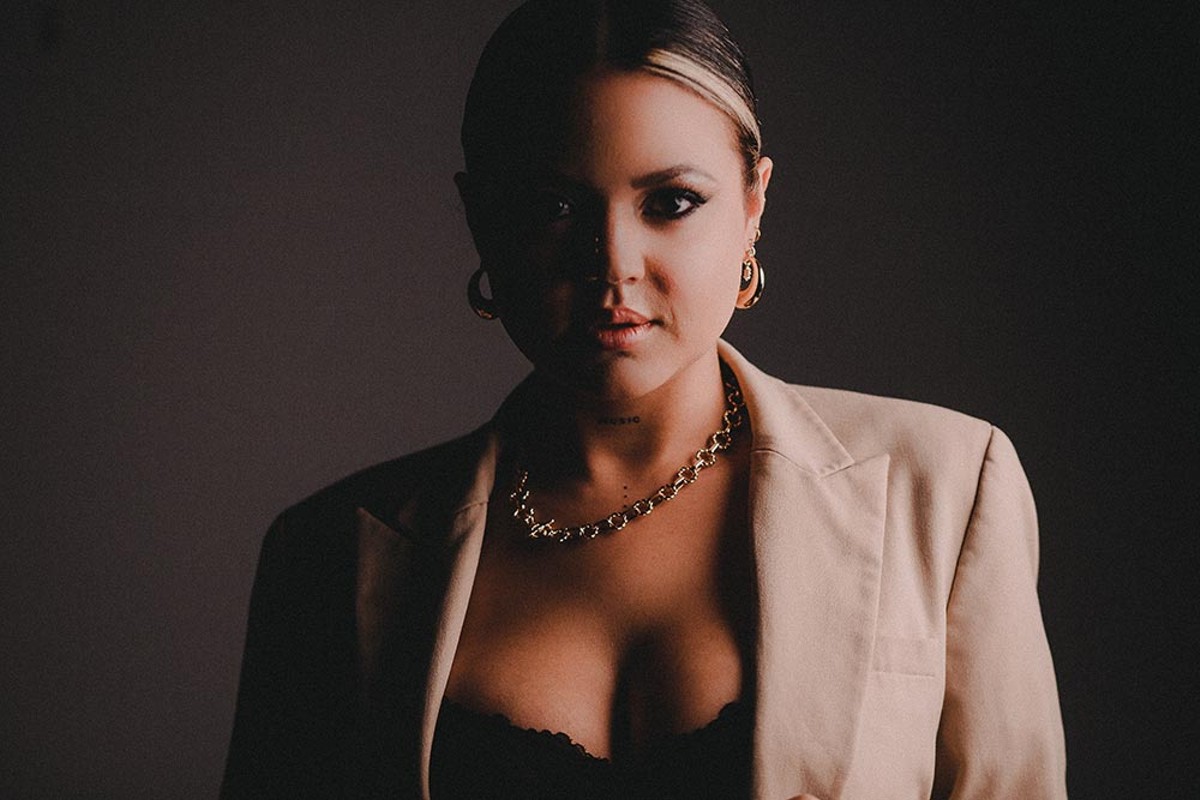 Orlando's own Talii has released about 15 tracks since making her recording debut in 2018, but that's only a fraction of the number of songs she's recorded in that time. Her newest single, "More Than Friends," dropped at the end of August. "It has an Afrobeat bounce to it," she tells Orlando Weekly. "I worked on it with one of the producers [Phil Mango] on the track. He's African, and he's incredible at creating Afrobeats and reggae. Being a mixed girl with Afro-Caribbean in my blood, this bounce really speaks to my soul."

Her personal growth mirrors her growth as an artist; the themes intertwine in her music. The diversity of her music reflects the diversity of her own life experience. Talii's birth name, Natalia, means "born on Christmas Day." That makes sense, since she was — in Winter Park, to be precise.

"Talii" is a nickname bestowed by her aunt, and it's stuck since she was a child.

"It's the name that feels more familiar to me," she says. "I've always wanted my music to be an authentic reflection of who I truly am, so it felt fitting to go by 'Talii' as an artist."

Her earliest memories involve listening to artists like Jill Scott, Sade, Prince and Phil Collins, which is certainly a great start.

"My mom would blast their music in the house every day," she says, "and I fell in love with it." Later influences include Doja Cat, Alina Baraz and H.E.R., and those elements are more pronounced in her work.

"I remember when I was in my early teens all I could think about was being an artist," she says. "I was obsessed with JoJo's 2004 and 2006 albums. I wanted to be her so bad! She really was one of the first artists I remember really looking up to and aspiring to be like."

Talii is still getting back into the swing of things as far as live performance goes. Like so many young artists, her progress was stalled by the pandemic. But she has been active on stages across Central Florida since 2015, and it's just a matter of time until she resumes her old pace and then begins to speed that up. In the meantime, her focus remains on growing her numbers, although she has done just fine already.

In this new era of direct engagement between artists and their fans, Talii has used her own personal charisma to cultivate a loyal fanbase.

She has over 10,000 followers on Instagram, 35,000 listeners on Spotify, and even a couple thousand extra on SoundCloud, which is really just a back-up platform for her. On Spotify, her 10 tracks average just over 277,000 streams; "Good to Be Bad" leads the pack, with about 1.3 million streams. Her YouTube channel is a mere blip on the radar, but it offers a unique glimpse into her personal life, as well as her creative process. It also includes a lot of outtakes, remixes, covers and other music that can't be found anywhere else. Hard-core fans will obtain much joy from this material.

When not making music, Talii works in content creation, helping others build their own brands using social media. But her spare time is taken up mostly with raising her young daughter. The child is growing up with a tremendous role model to learn from. Talii has managed to cultivate a viable career with her music, and she's already put together a solid catalog to continue building on. Someday, her daughter will be old enough to really understand what her mom has accomplished in these years, a time that has already proven to be formative for both of them.