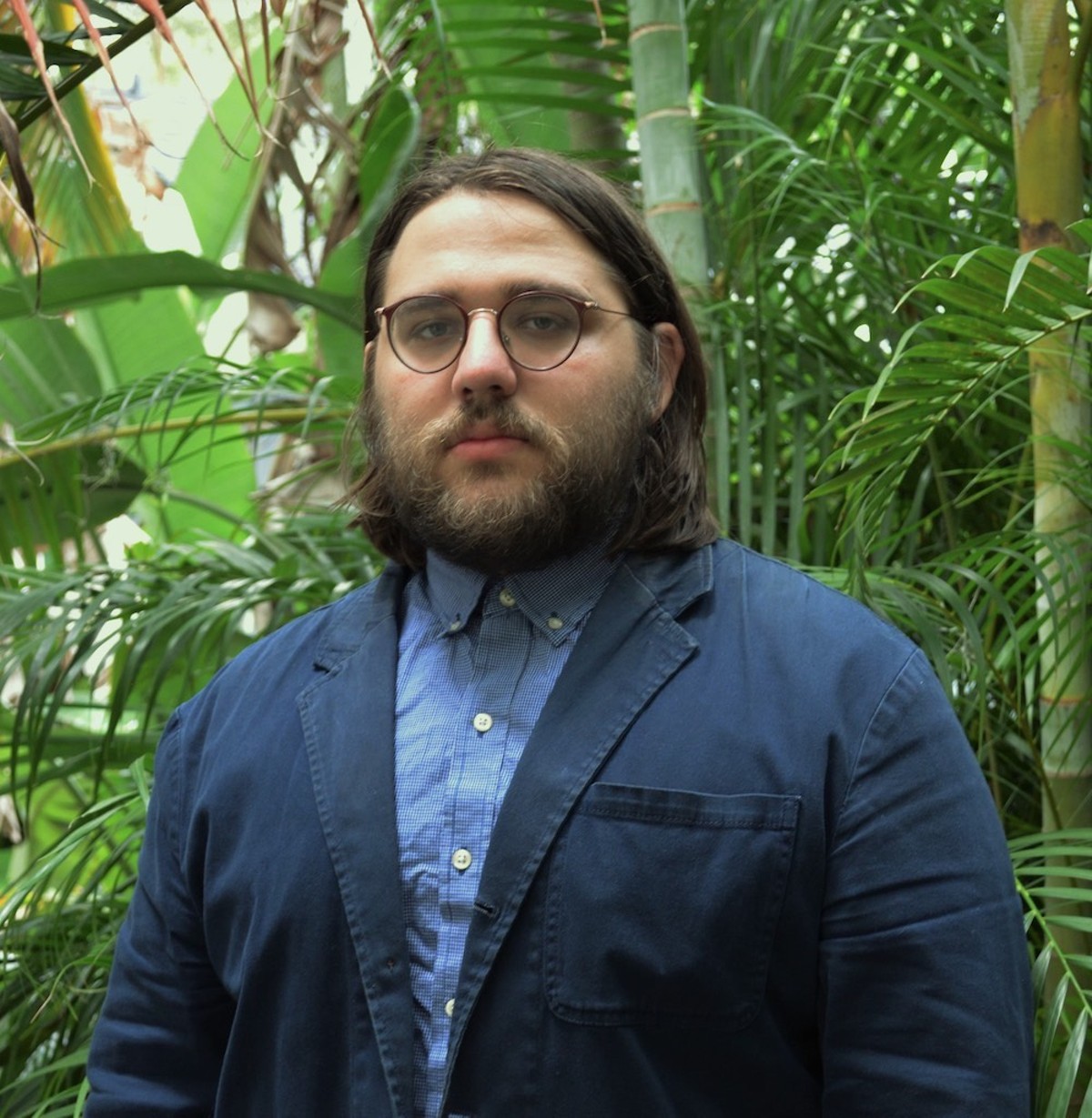 Earlier this year — on Valentine's Day, appropriately enough, given that this is very much a labor of love — indefatigable Orlando jazz musician Thomas Milovac launched his Cosmo Sonic Collective imprint.

The Bandcamp-centered label releases wildly freeform solo recordings from creative comrades and fellow sound travelers of Milovac's from around the world. Two new releases, due out this Friday, April 23, put the solo spotlight on Taylor Rouss from Birmingham, Alabama, and Orlando musical polymath Syoma Klochko — also a member of the thunderous Central Florida free-jazz armada Bongus with Milovac.

Cosmo Sonic Collective draws inspiration from seminal DIY jazz imprints like the Peter Brötzmann-affiliated Catalytic Sound cooperative, but also seems sincerely rooted in musical friendships and the generous impulse to get those friends' music out into the world. Make this label a must-visit on the next Bandcamp Friday, visit cosmosoniccollective.bandcamp.com for the full sonic experience, and contact Milovac directly with questions or music submissions for the label at [email protected].

What made you want to start the label?

I thought about it for a while. I try to be community-minded when I'm making art, whether that's putting on shows ... I was putting on shows at my house in Jacksonville for a while when I was living up there called the Backroom series. I moved back here and I was kind of hoping to continue that tradition of presenting people in my community and artists that I think are great and talented and giving them a platform to present their work.

I was wondering if Cosmo was an extension of your house venue, because you approach it with the same curatorial sense and it came during a pause in a lot of live work.

Maybe subconsciously. I definitely saw all the amazing creative things that people were doing over the pandemic, and that only enticed me more to show off what everybody has been doing and present things that I think are great.

Would you tell us a bit about your own solo release for Cosmo?

My release is called Four Solos, and this whole first series of releases is focused on solo performances — encapsulating all that that means, whether that's a one-person band thing like Paul Hermansen did or just solo improvisations like I'm doing.

There are three solo double-bass recordings, two that feature me playing double-bass and drum machine ... kind of a one-person duo. There's also a short soundtrack I did for my friend Roger Gruber, he's a talented illustrator and cartoonist. I did a little organ improvisation for a short cartoon they made and that soundtrack is on there too.

What is it that draws you to solo recordings?

The label seems to have sort of a family vibe, of you wanting to boost creative fellow travelers.

All the people we're planning to release right now are all people that are pretty close to me personally, and I think they've helped me grow as an artist as well. I'm excited to see what kind of things they do, especially in the solo context.

Talk about the two releases that are coming out at the end of this week.

One album features Taylor Rouss, who's a fantastic improviser. I call him a "human surrealist" because he's always just sending very off-the-wall stuff and provoking my mind to go into very crazy places. He's putting out a tape of solo saxophone and solo game-call pieces that he's calling Hansel's Pies. And Syoma Klochko is a fantastic guitarist and drummer and accordion player and trumpet player. She's going to be putting out a solo tape featuring some guitar improvisations and some accordion improvisations that I recorded a few weeks ago.

What else is planned in the immediate future for the label?

And then we're going to move on to doing mostly duo and trio music. And then we'll move on to [releasing] larger and larger ensembles.