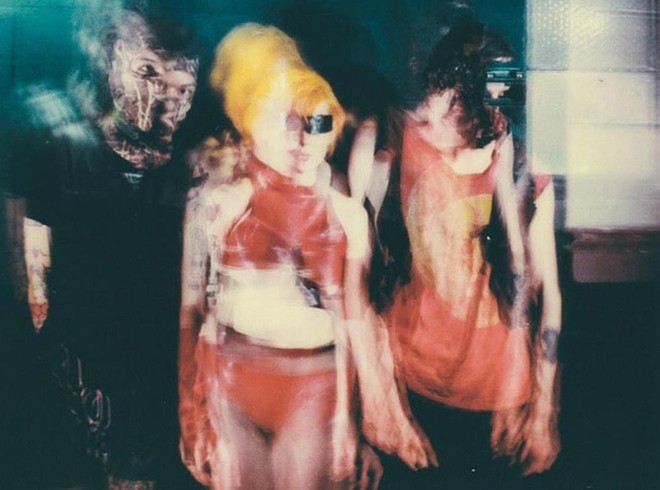 Of the many heavy bands in Orlando right now, none sear the ears and eyes as equally as C0MPUTER. Besides an extreme grind-punk attack that usually decimates in one-minute blasts, they’re well-known in the underground for their shock aesthetic. On stage, C0MPUTER are electrifying freaks with an art-rock streak, ripping polemic tornadoes while dressed like post-apocalyptic warriors. In image and concept, they’re lurid and dystopian, with DOS-era graphics straight out of the gritty digital past.


But C0MPUTER have always stood out by being a multimedia experience. On the visual side, they plan to release a music video for each and every song on the album, all done by Jones. While the video for “23 (people) people” is the only one to drop so far on YouTube, it’s a vivid sample of the parade of damage to come. Using datamoshing techniques that tamper with video files to glitchy effect, the montage is a fried, kinetic scramble that showcases Jones’ artistic flair and is the perfect visual manifestation of C0MPUTER’s berserk sound.