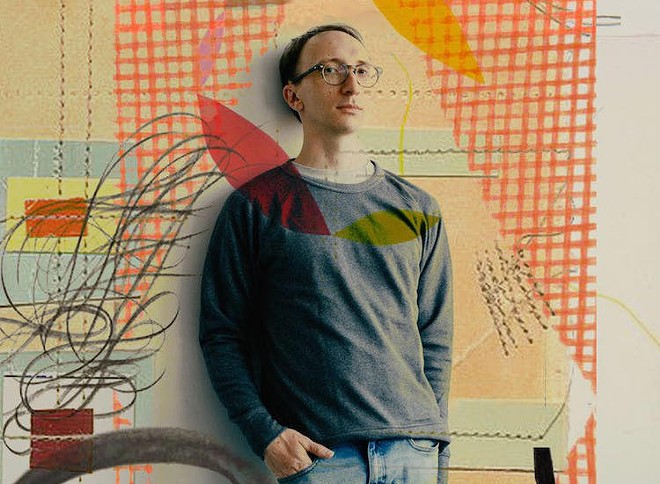 Though he currently lives in Gainesville, Steven Head has an extensive pedigree in left-field Orlando music, so we're claiming his as our own. And he's just dropped a solo album as Heavy Mirrors that should inspire some measure of civic pride.

Head's first proper solo release as Heavy Mirrors surfaced on Bandcamp and other steaming platforms late last week and it's a hypnotic pop delight, up there with his work with Orlando projects Moon Jelly and Acoqui.

One of those rare albums that was started during the pandemic and then actually finished, The Empty Trip EP features Head on guitar, vocals and bass, with drums courtesy of Marco Ocampo (Foyer Red/Hypoluxo) and Julian Fader (Ava Luna) and even pedal steel from Zena Kay. The Empty Trip was co-produced by Eamon Ford and Acoqui bandmate Aaron Borowicz.

"My relationship with music began as a more cathartic and improvisational experimental practice," explains Head of his long strange musical trip. "Over the years I tried to channel that energy into a more linear form of expression as I began to accompany others and join bands, but Heavy Mirrors is the first time I’ve attempted focused songwriting."

On The Empty Trip, Heavy Mirrors create cloying dream-pop that is a bit more gritty, sweaty and organic than many of their shoegaze-y peers, befitting hazy and humid Floridian hallucinations. And the vocals remind us a bit of Kevin Ayers as well.

The Empty Trip is streaming everywhere, and a quite handsome mug can be snapped up from Bandcamp as merch.