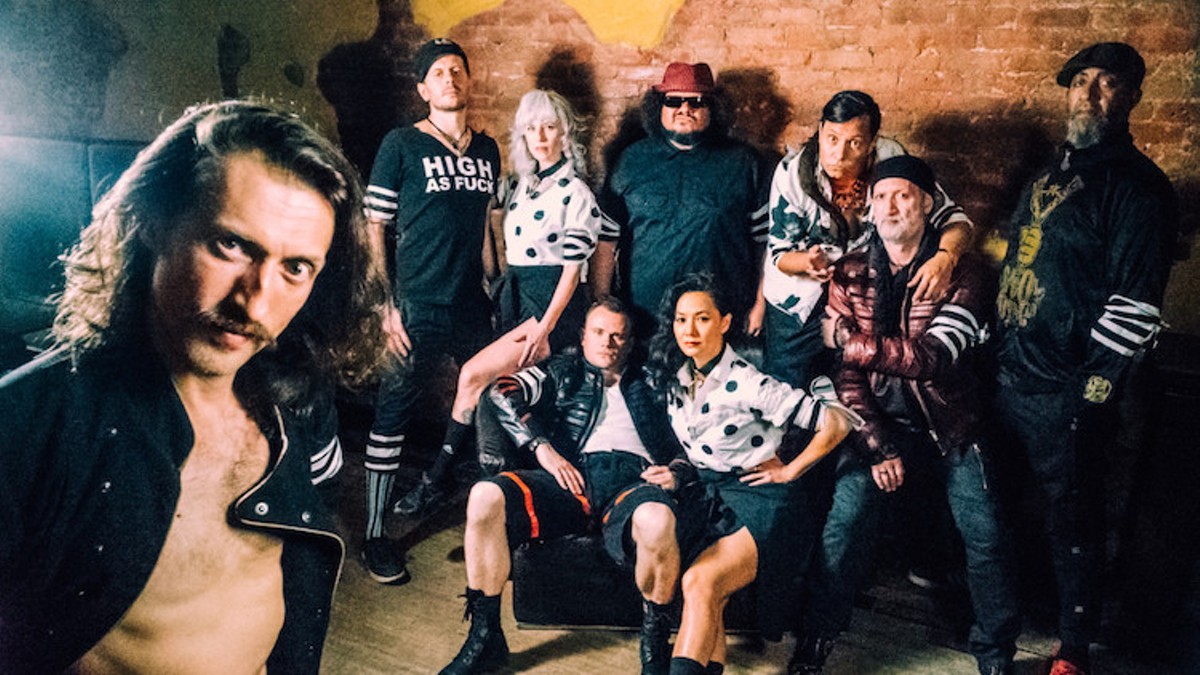 Gogol Bordello's current tour will donate a portion of its proceeds to aid Ukraine. Photo by Dan Efram/ATO Records

Wu-Tang Killarmy: Of the vast Wu-Tang universe, Killarmy is one of the brightest constellations. Besides packing actual pedigree from RZA's younger brother (9th Prince), this seasoned rap crew deals in the same dark dope that Wu heads live for. The stacked marquee will also feature West Coast underground rap hero Planet Asia and a deep roster of homegrown talent that includes MidaZ the Beast, Shinobi Stalin and DJ Remington Steele. Other special features will be a beat battle between TzariZM and Okito, as well as a special exhibition by art competition group No Borders. (8 p.m. Friday, May 13, The Abbey, $20-$25)

Afghan Whigs: Nothing, it seems, can sap the longstanding virility of the Afghan Whigs. Geographic dispersion, miserly output and disbandment are career circumstances that would end most mortal bands.

For these kings of carnal rock, however, their cult status and emotional intensity remain white-hot through it all. And as their last burning performance here supporting their last album (2017's In Spades) proved, their live show still brings the inferno. (6 p.m. Friday, May 13, The Social, $30-$130)

Tuffy's 4th Anniversary with North Mississippi Allstars: Sanford concert magnet Tuffy's is celebrating its latest — and greatest — year yet as a live music contender. To make that point shine, they're doing it with some star power in bluesy Southern-rock saviors North Mississippi Allstars. Rounding out the bill will be Sam Morrow, Satsang and Kristopher James. Happy birthday to this new cornerstone of Sanford's live scene. (4 p.m. Saturday, May 14, Tuffy's Music Box, $30-$60)

Gogol Bordello, Amigo the Devil: Ukraine as a cause has become global. For gypsy-punk juggernaut Gogol Bordello and especially Ukrainian frontman Eugene Hutz, though, it's personal. Their ongoing benefit efforts for Ukraine have now snowballed into a benefit tour. Dedicated to the defenders of Ukraine, the Solidaritine Tour will donate a portion of its proceeds to aid the besieged country.

This tour also sports a particularly local feature in opener Amigo the Devil, a distinguished Orlando expat whose theatrical murder-folk sound has been earning some national acclaim. (7 p.m. Sunday, May 15, The Plaza Live, $31-$49.50)