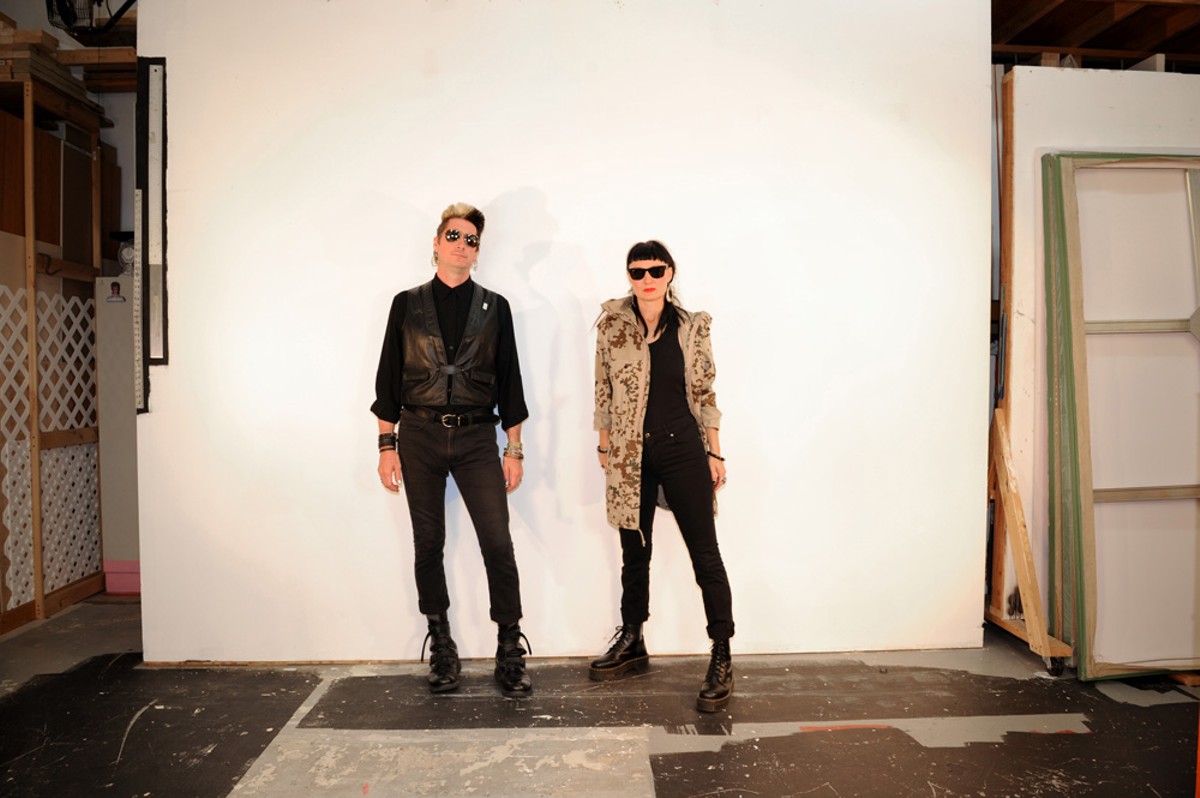 Man on Man, Wet Nurse, Fatties: New Polyvinyl band Man on Man are really good. They're also really gay. And the way that they relish that with so much outness, humor and humanity certifies them as all-around heroes. The musical union of real-life couple Roddy Bottum (Faith No More, Imperial Teen) and Joey Holman (Holman) — which definitely skews toward the Imperial Teen side of Bottum's sensibilities — is an indie-rock romp of fun, positivity and irreverence that's both timely and perfectly calibrated. (7 p.m. Thursday, April 21, Henao Contemporary Center, $15)  UPDATE: SHOW WAS CANCELED ON WEDNESDAY NIGHT, APRIL 20

Adult., Kontravoid, Spike Hellis: Since the dawn of the millennium, Detroit dark techno duo Adult. have consistently staked their claim as electronic music's most serious act. Just like the period at the end of their name, they're grave, unblinking and categorical. Add in L.A. openers Kontravoid and Spike Hellis and you've got a full night of rhythm and nihilism. Let's get stern, y'all. (8 p.m. Friday, April 22, Will's Pub, $17)

Orchestral Manoeuvres in the Dark: When these synth-pop legends played the Beacham in 2018, they were an utter revelation. Belying their age and status as elder statesmen, they delivered a performance of pure rejuvenation in both art and energy, truly hitting a creative stride since their 2006 reunion. Now, OMD are celebrating their 40th anniversary and touring on their landmark box set (Souvenir), so expect a long cavalcade of generation-defining hits that still stand as golden touchstones of electronic pop. (8 p.m. Friday, April 22, The Plaza Live, $29.50-$59.50)

Juan Wauters: Though he's moved on from the garage-rock scrappiness of his days leading indie darling band the Beets, Queens' Juan Wauters has nevertheless held on to his left-field bona fides with a whimsical trail of work that's established him as a truly alternative indie-folk icon. (7 p.m. Saturday, April 23, Henao Contemporary Center, $15)

The Pack A.D., Body Shop: Although relatively unsung, rugged Canadian garage-rock duo the Pack A.D. have been one of the best exemplars of the great two-piece rock band tradition since they emerged in the late 2000s. This tour will be the last time you'll be able to see them live, at least for the foreseeable future. While they've said they're not disbanding, they will at the very least go into deep freeze soon. 2020's It Was Fun While It Lasted is supposed to be their final album and they're now finally able to tour for it. If ever there were underground champs worthy of a good victory lap, it's these ladies. (8 p.m. Sunday, April 24, Will's Pub, $12-$14)