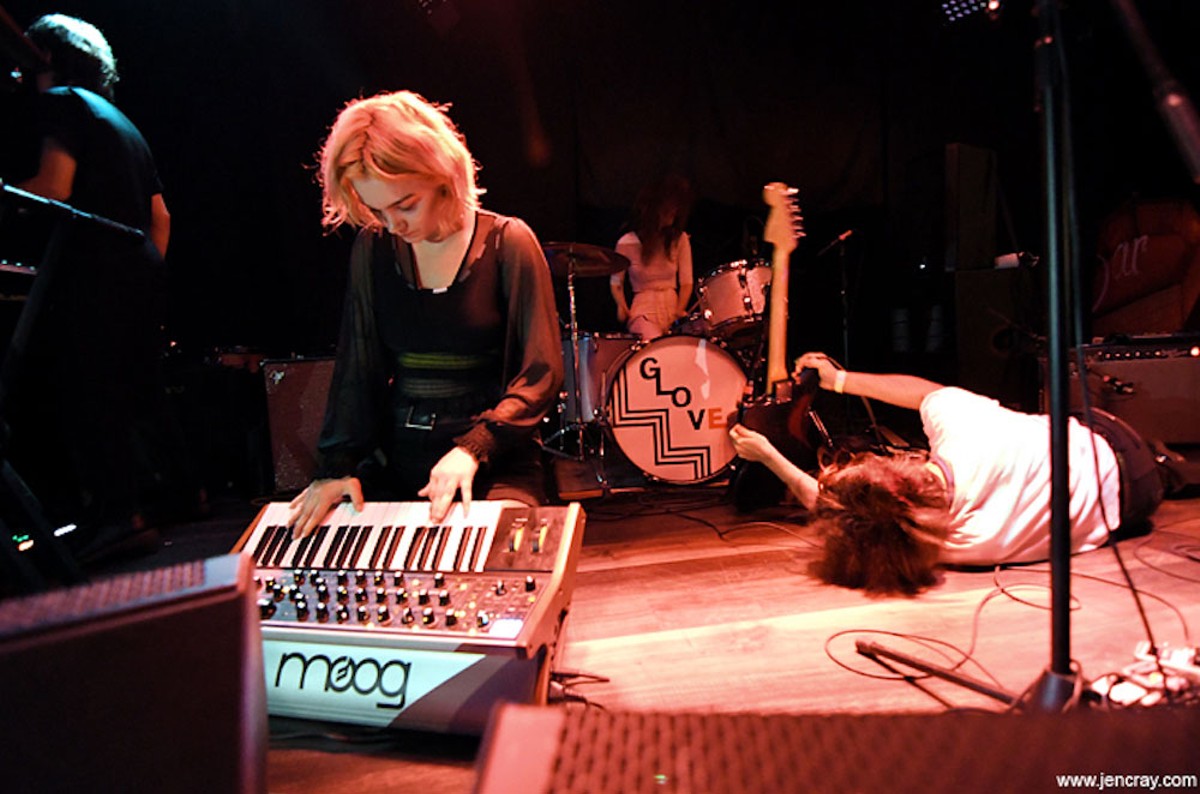 Can't control others, but you can protect yourself. So mask up if you go out.

C.B. Carlyle & the Desert Angels, 'ShewBird: This latest installment of the Modern Music Movement's notable new live stand at Stardust will feature some of the moodiest Americana to be found in the area. Newcomers from Howey-in-the-Hills C.B. Carlyle & the Desert Angels are a promising young band that specialize in cinematic country music steeped in long Western atmosphere. Meanwhile, the beautifully haunted rock of Orlando's 'ShewBird is a deep, dark slice of Southern Gothic that always enthralls live. (8 p.m. Saturday, Oct. 9, Stardust Video & Coffee, $5)

Virginity, Wolf-Face, Sad Halen: Daytona Beach indie-rock band Virginity will officially release their brawny new album, Popmortem, on Orlando's Smartpunk Records on Oct. 15. But you can score an early copy this weekend that also includes a three-band concert. To celebrate the release, Virginity will headline this high-value bill that also features the masked spectacle of fun St. Pete punks Wolf-Face and Orlando shoegaze rockers Sad Halen, who authored my pick for best local record in this year's Best of Orlando issue. All attendees will receive a copy of Popmortem. (8 p.m. Saturday, Oct. 9, Will's Pub, $12)

Wavves, Glove: Tampa's Glove have definitely impressed here in Orlando with the ice and intensity of their art-forward performances. But it seems the allure and style of their new-wave aesthetic have caught some other important eyes and ears on the scene as well.

They've toured nationally (with Broncho, the Nude Party and currently with White Reaper) and this year will play major festivals like Levitation Fest and Shaky Knees. Cage the Elephant guitarist Brad Schultz took an interest in them and brought them into the studio to record their debut album (Boom Nights), being released this fall. Glove's high-profile, national-level appearances continue, this time opening up for California beach-punk stars Wavves. (7:30 p.m. Tuesday, Oct. 12, The Social, $25-$28)

Me Nd Adam: This Austin duo could be the next great contenders in the wicked tradition of taking the piss out of country music. At first listen, you've got a modern sound pastiche that works at the dubious intersection of country and pop. A closer look, though, reveals a clever concept project that revels in its trashiness with a subversive, Alex Cameron-esque genius. And then you realize there are also some pretty good songs underneath all the humor and sweet, sweet mullets. Pretty slick trick, that. (8 p.m. Wednesday, Oct. 13, Will's Pub, $10-$13)