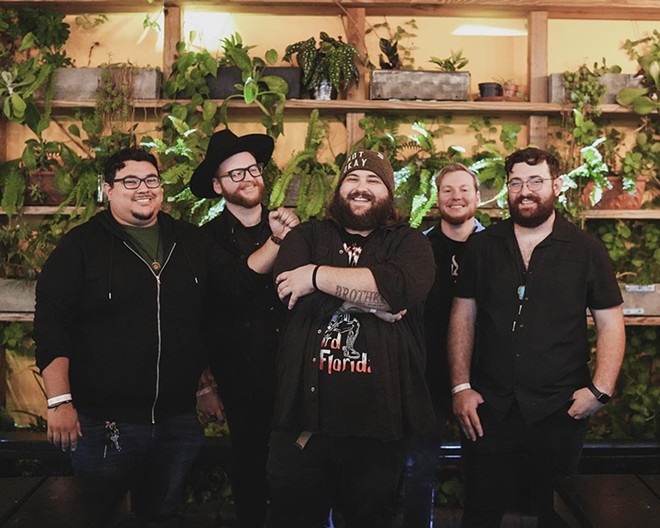 In the past several years, Jordan Foley has built a reputation on stage as one of the leading young lights in Orlando’s Americana scene. His biggest strides came with the solidification of his full band, Jordan Foley & the Wheelhouse. Now, all that impressive stage mileage will finally coalesce on their first album as a unit.

This Friday (Jan. 13), Jordan Foley & the Wheelhouse will launch the release campaign for their self-titled debut album with the drop of opening single “Loners.” The six-song, Thomas Wynn-produced collection will be rolled out on streaming services as a steady series of singles that’ll run through the summer, culminating in an Aug. 19 release concert at Will’s Pub. However, the full album will see a consolidated release on Bandcamp as early as April 21.


While “Loners” kicks things off with a strapping Southern-rock stomp, Foley’s rich and tender heart will take the wheel in follow-up single “Our Last Dance” (releasing Feb. 17), probably the album’s most moving song. From there on, it’ll be a drive that shifts back and forth between passion and muscle, the two poles that define Foley’s signature.

All told, Jordan Foley & the Wheelhouse is a lushly crafted country-rock batch that documents their crystallization as a band. As a work of both wide appeal and substance that could play for the modern country mainstream without selling its soul, this album will be worth the ride.