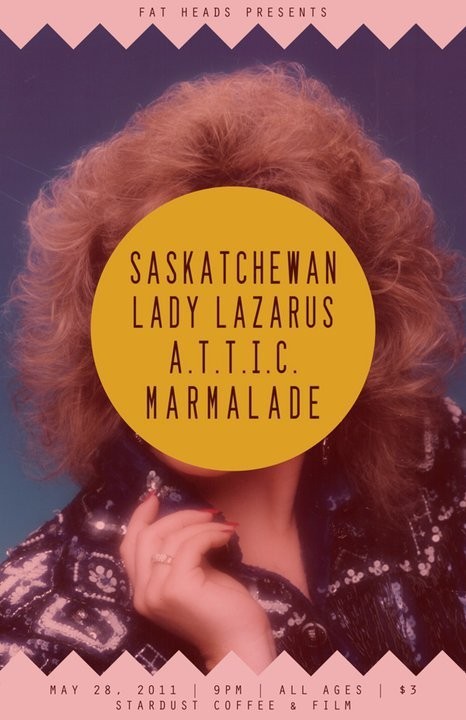 Saskatchewan blazum Nice Daze
Local band Saskatchewan has recently released a new track entitled "Dreamboat" that is worthy of your ears. While they have received a lot of blog buzz over their "Nice Daze" digital 7", their new single is a bit more promising. It showcases the groups upbeat pop sensibilities juxtaposing the slow ambience of their last release. Chandler Stephen's lazy-esque vocals sit lovingly over the guitar pop summer fun when he sings "Girl I wanna be your trooper. Won't you let me be your trooper?" A little bit of tightening up those vocal harmonies and they should be set. They are performing their first show tonight at Stardust with Lady Lazarus. Hear their new single here.