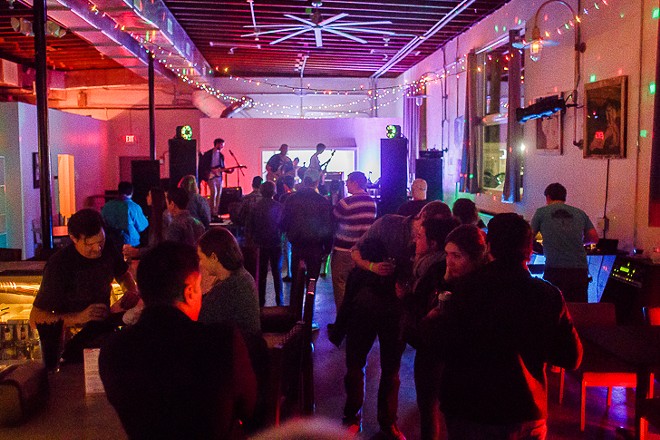 James Dechert
.org at Iron Cow
I’ll get to the bands, but the bigger local story is this new spot. You’ll see a similar intro from me an unusual amount in the coming months because of a mass infusion of new venues due to contend in the near future. It’s an unprecedented bumper crop that also includes Blackstar, Odd Jobs, the Vanguard, Soundbar, the Veranda Live and whatever it is that’s going to happen at the old Copper Rocket, and it’s a tectonic development that’s exciting enough just in itself. 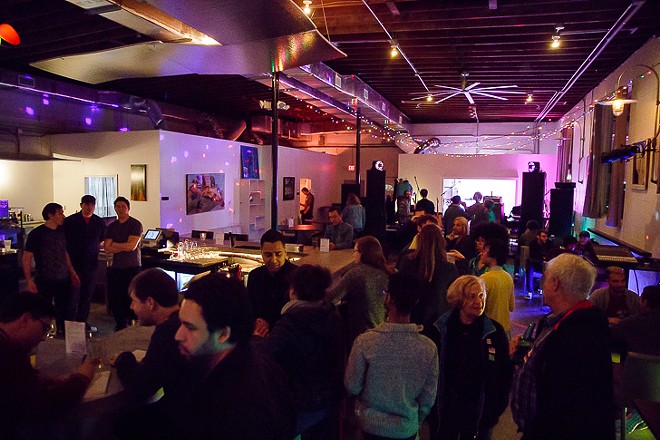 James Dechert
Iron Cow
The first out of the gate is Iron Cow, the brand-new Milk District hang just opened by the ownership behind Sandwich Bar. Located next door in a much bigger space, the warehouse-chic Cow is the most cavernous room on the typically small-scale strip. With its unvarnished art edge, though, its aesthetic is in perfect step with the young new Orlando, Milk District through and through. 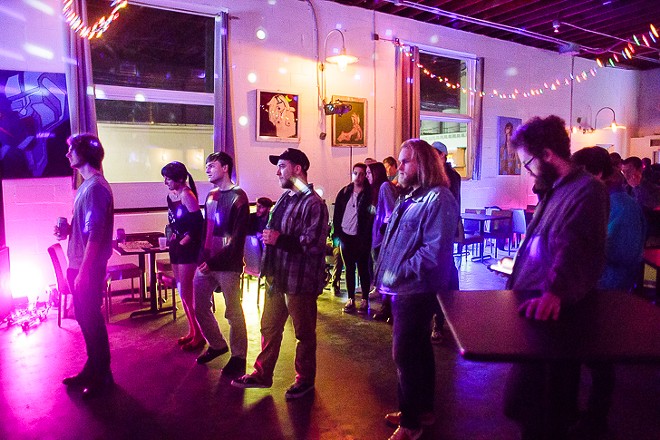 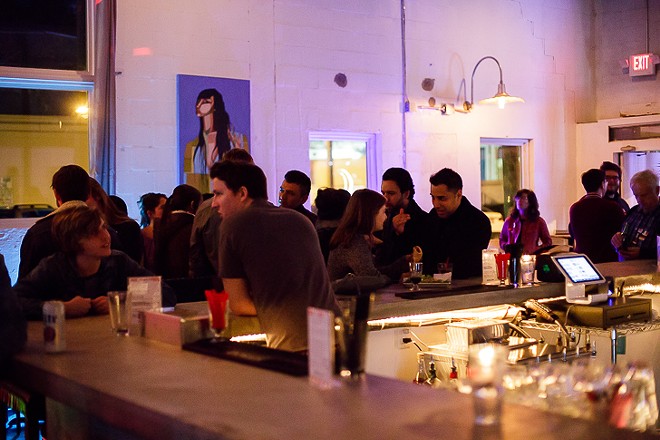 James Dechert
Iron Cow
It’s a beer bar, with a small food menu even. But most notable is that it seems poised to feature more live music events – maybe more than the DJ-centric Sandwich Bar – with a real stage and all. Already, happenings that have popped up on its calendar include dueling pianos with Lounge Diggaz and events by noted scene-makers like Body//Talk and Ugly Orange’s Nicole Dvorak, who was behind the one this night.

Oh right, the bands. It’s a good omen that I had two fresh local discoveries my first time here. Although not well-known, both were pretty together, a testament to the talent-seeking aptitude of Dvorak. 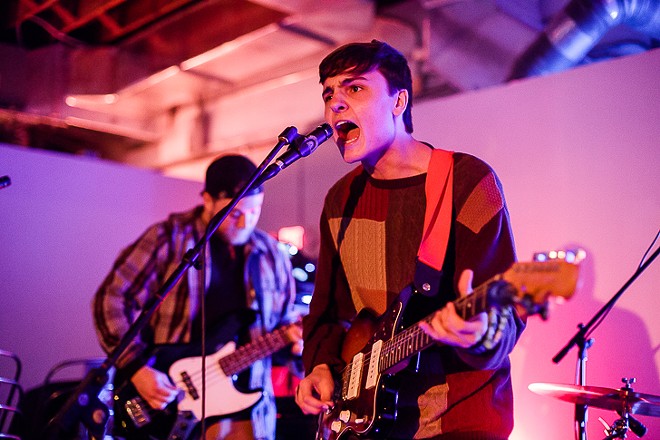 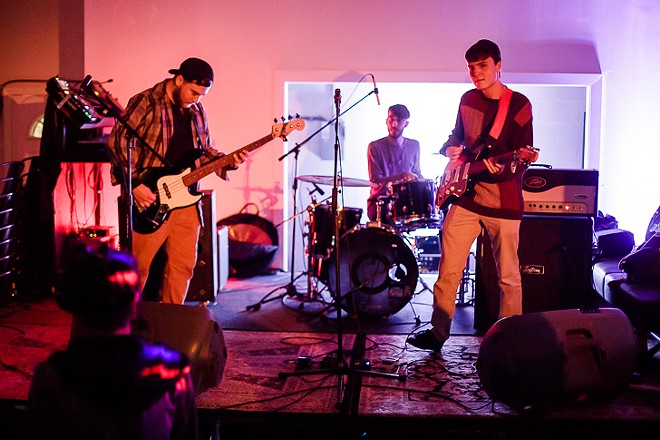 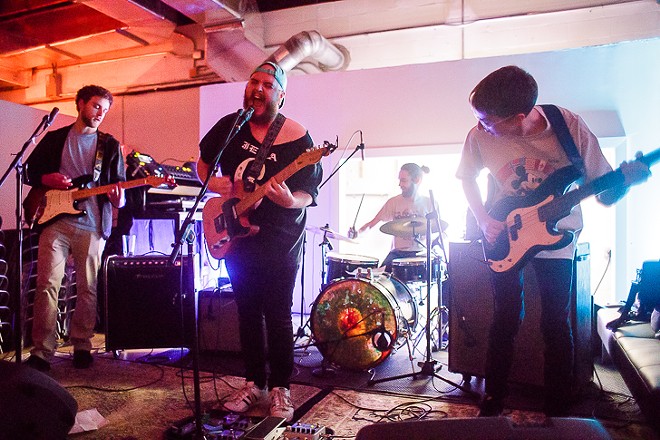 James Dechert
.org at Iron Cow
Local act .org deal in restless indie rock that’s all wire and nerve. Even in their nice melodic moments, they packed torque and theater, thanks primarily to the vocal delivery of main brain Ian Mckewen. And they dropped the best cover of Grandaddy’s “A.M. 180” since the Pauses.

Even though they’re still finding their step, both are young bands with enough promise to keep an eye on. 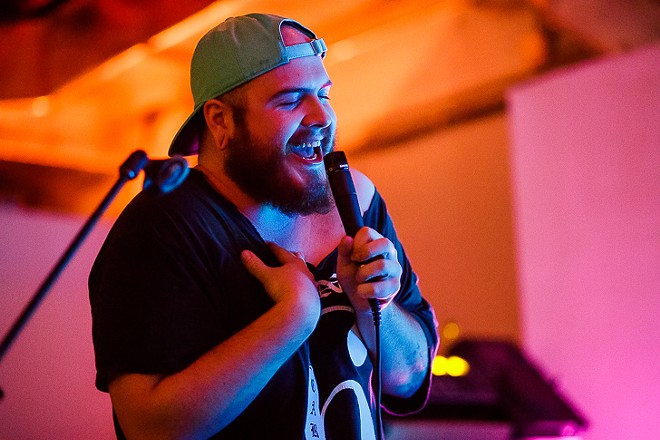 James Dechert
.org at Iron Cow
Back to the venue, one thing about the open warehouse setup is that the hard materiality of the space (concrete floor, block walls) can give the sound less-than-warm garage acoustics. It wasn’t a distraction, but it could be improved. A nice touch, though, are the bathrooms that are gender-neutral and nice for now. 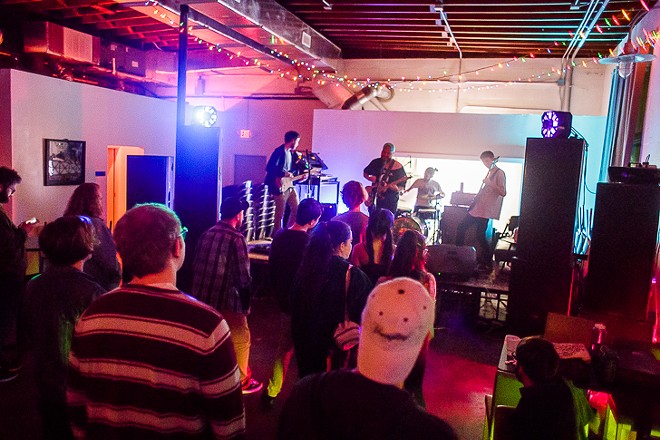 James Dechert
.org at Iron Cow
With the setting and the space, Iron Cow has the elements to be both an anchor and a magnet for the district, which should be hot news and a dinner bell for those enterprising culture-makers looking for more clay to shape the scene. 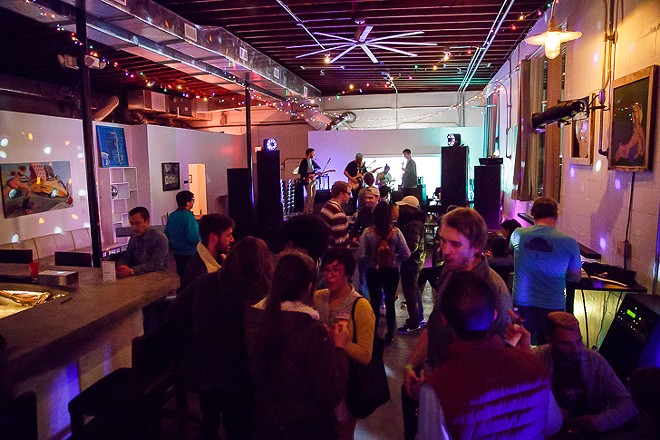 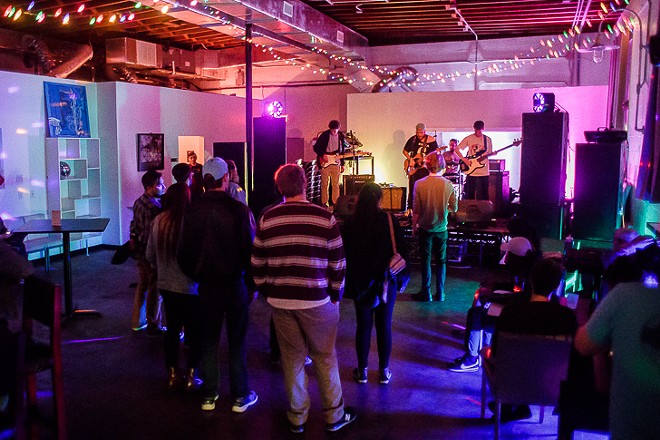