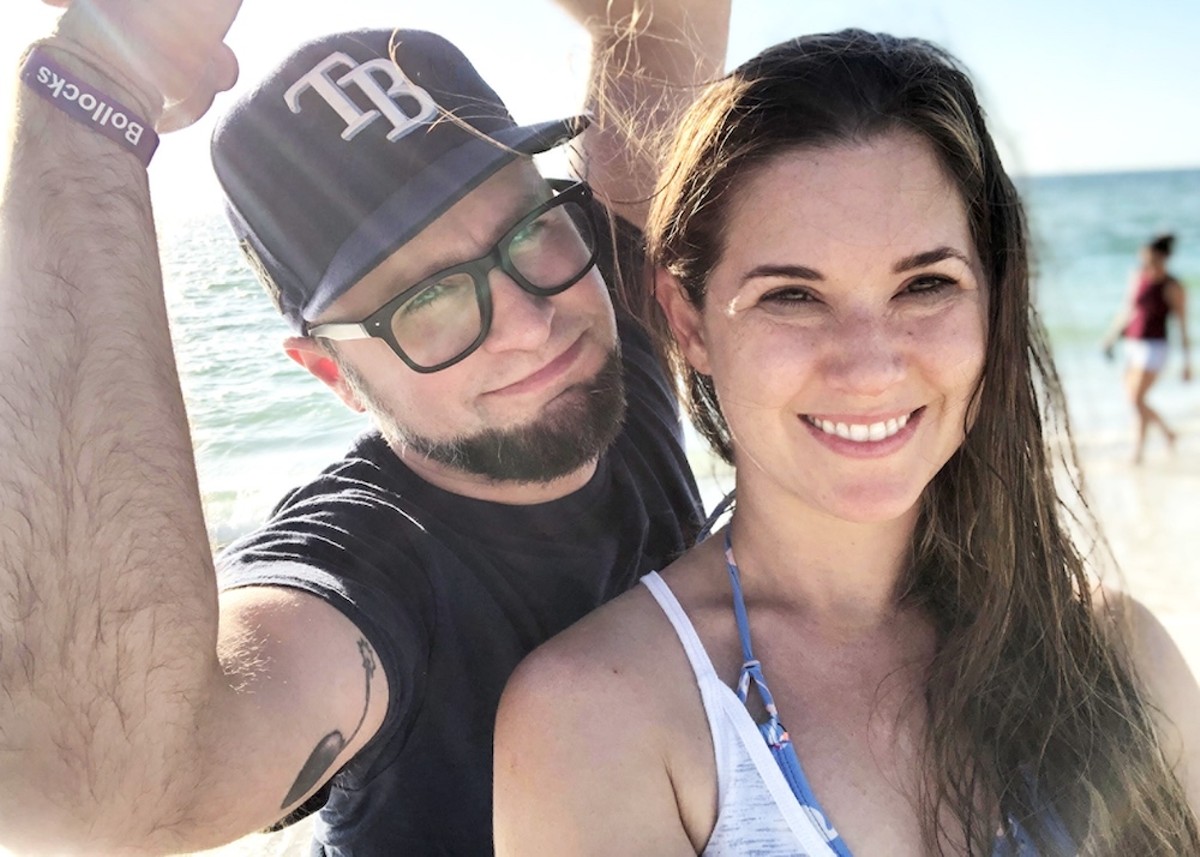 Florida Slang's 'Canal Flowers' is out now on Post Records. photo courtesy of the band

Few in the Orlando music scene can claim the creative restlessness or stamina of Jeff Ilgenfritz. Since the mid-2000s, his irrepressible spirit has blazed a trail of noteworthy Orlando names impressive in both chronological and stylistic span, a career that's included bands like Mumpsy, the Heathens, Moonmen From Mars and Luscious Lisa, among many others. Even with a portfolio that deep, diversified and established, Ilgenfritz's drive remains ever forward as he continues to open fresh new doors. Just eight months ago, he unveiled Corvus, Incorporated, an open musical partnership with Real Radio personality Sabrina Ambra.

That streak of breaking new ground continues this year with yet another debut. Florida Slang is a joint venture between Ilgenfritz and musical newcomer Darci Ricciardi, a local dance teacher and character ("Angela") on Ilgenfritz's "Fort Fritz" podcast. They just released their first album, Canal Flowers, on venerable Orlando indie label Post Records. Although a collaboration, Florida Slang's first outing sounds like Ilgenfritz returning to his signature fundamentals and playing to his well-known strengths. The songs here coast with the sparkling indie-pop buoyancy that made Mumpsy so winsome, and they represent some of Ilgenfritz's finest work in many years. Canal Flowers is now streaming on major platforms. But it's just the first sampling from a well of about 40 songs they've written since last November, and a follow-up LP is already planned for an early 2022 release.

For many years, DeLand's Bryan Raymond was an accomplished, card-carrying member of the area metal scene in bands like Junior Bruce and Hope and Suicide. But after a motorcycle accident that nearly killed him six years ago, he's since spent his time more quietly as a lone-wolf singer-songwriter. Though more muted, his intensity's now reserved for the inward gaze.

Perhaps no song paints Raymond's head space as bluntly as his new single "As a Man." With the rare — though still spare — accompaniment of his old Junior Bruce bandmate Tom Crowther on bass, "As a Man" haunts with the scar and candor of someone now living on the other side of near death. It's now streaming everywhere.