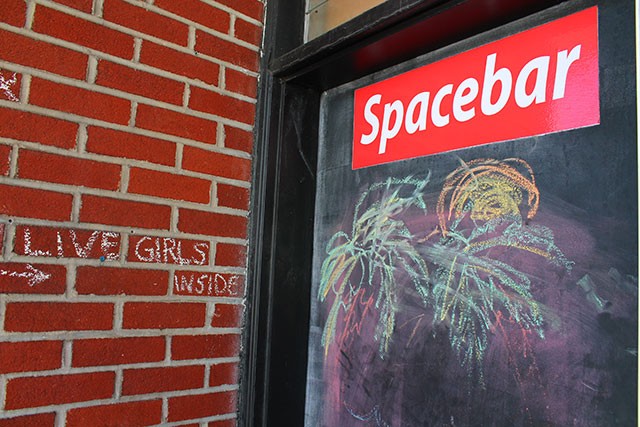 You guys are good listeners, I bet, so hear this: The best way to find new music is not through the Internet. I understand, to some, this is shocking. Spotify is probably a close, dear friend of yours. And hey, I pal around with it too, but for as long as I’ve been rooting out CDs, digging in record bins and streaming playlists, I have yet to make even a small fraction of the long-lasting, life-affirming music discoveries on the Internet that I do from people who dedicate their lives to sorting through music. (I treasure these fixated people because I have other interests and responsibilities, and I’m guessing most of you do too.) So when I find out about DJs who are mixing things up and digging deeper, playing artists I’ve yet to hear or forming intriguing transitions that take you from Porter Wagoner to Alice Cooper in five songs without making your brain hurt, I wanna shout it from the rooftops. In this vein, I have good news and bad. The good news is: You can now catch the knowledgeable DJ Nigel spinning hip-hop, soul and funk to kung-fu flicks at Spacebar on the second Friday of each month. The bad news: RIP, Shake-a-Tail Tuesdays at Lil Indies. Take advantage of these folks while they’re active, because I promise you, their brains run on more competent algorithms than Spotify. (Here's a sampler from one night at Shake a Tail Tuesdays. I would've pulled the whole playlist, except Spotify doesn't have more than 20 songs they played in their library. Go figure.)

If you’re among those of us who really felt it when Redlight Redlight moved to Corrine Drive and suddenly stopped offering live music, newcomer the Smiling Bison might lift your chin a little. The restaurant-bar that exists in Redlight’s old haunt recently welcomed back Redlight regular performer, the living jukebox himself, Mike Dunn, for a late-night set, and then just this week, they hosted Thomas Wynn playing instrumental versions of his songs for their dinner crowd. (Attn. jokers: They also have a Thursday comedy night.) These offerings are definitely enough for me to pay attention to their events calendar, because I was super-fond of the last Redlight location, and it warms my heart to see some semblance of that spirit (that wasn’t allowed to transition fully to the new location because of their proximity to the elementary school) living on under capable new management.

For those who have been keeping up with the Pedal Challenge (“Pedal Challenge rewards musicians for experimenting,” May 1), heads up, because it moved to Will’s Pub last month. The next one is Sept. 30, and anyone who grumbled about how difficult it is to get through the first round as an observer because of how many competitors there are (and because of the nature of the beast) should know that they’ve tightened the rules and now limit the event to 16 performers. This will undoubtedly cut the fat out of the competition, so that we arrive at the highly entertaining final round much faster. It’s worth it; stick around. The last pedal challenge I caught featured the ridiculous spectacle of Join Hands guitarist Bob Hershberger putting on a freak show by manipulating various pedals simultaneously, including using his nose to trigger switches when his hands were employed by the instrument. Pedal Challenge continues to prove that, Orlando, you got some special talent.